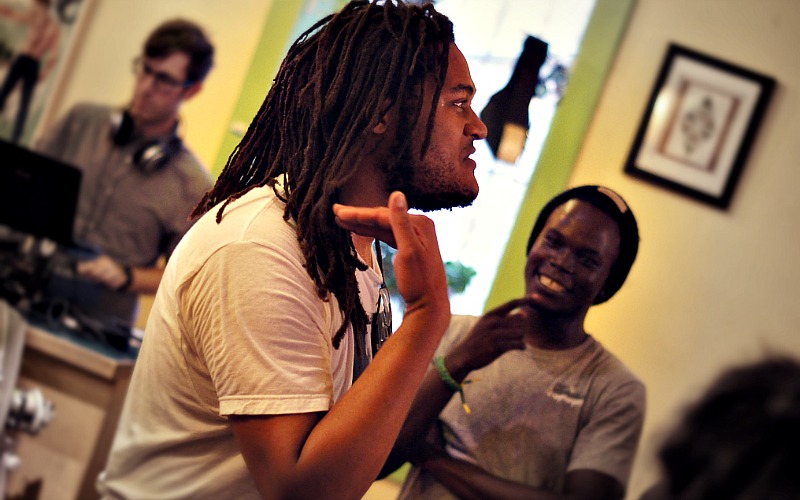 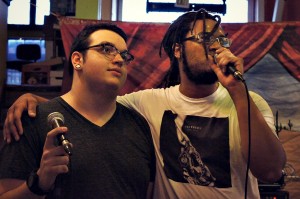 The force behind the act that’s reclaiming their place in the scene has now grown to three. It’s not just Marty Hillard behind the mic anymore. He’s joined by Dan Smith and Geese (and occasionally an extra hype man). Gone is any sense of hesitancy, and what remains is an intrusive poetry slam that disrupts what you assumed was a nice and quiet little life. 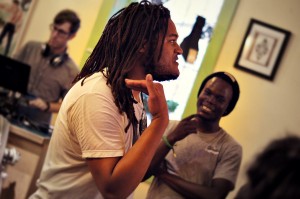 Ebony Tusks gets you to question everything. It brings the wrongdoings and transgressions to the forefront, and grabs you along for the ride. This type of musical activism prompts the likes of Saul Williams, and gives the audience a rude awakening to the offenses happening around them.

But it doesn’t come without a bit of fun. Yes, the performers will throw themselves into the crowd, getting up in your face for a call to action. But they’ll also demand your involvement, throwing hands up into the air and bouncing along the aisles. This makes for a righteous show, one that you can’t keep in the back of your mind. If you even blink or turn away, Marty throws the mic down and yells his insistences into the air… for if you’re not listening, those appeals will be shouted anyway.

Ebony Tusks hardly needs to worry about claiming everyone’s attention, anyway. They’ve got the audience eating out of the palms of their hands. Here’s a clip of their performance at Love Garden Friday evening, where they got everyone to keep their eyes closed and listen to their petition.