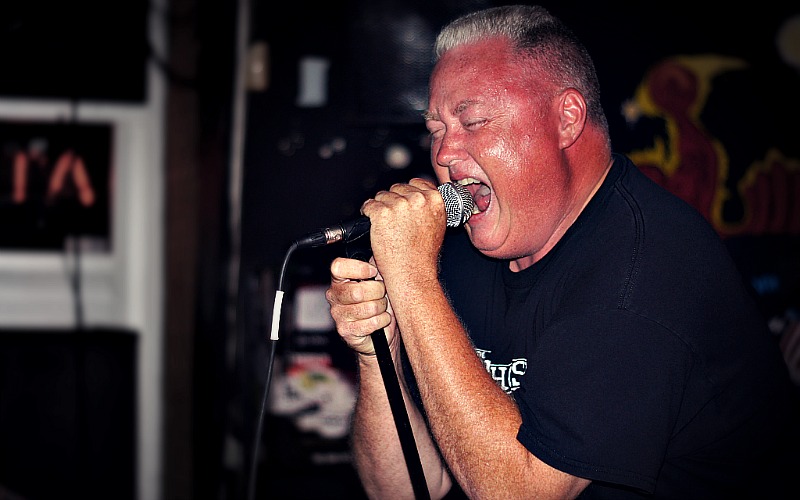 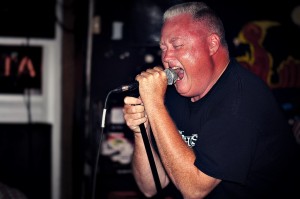 If you want to know what raw and dense energy looks like, look no further than The Big Iron. The Kansas City-based punk band, thick and soaking wet with a heavy dose of punk rock, blessed the Replay when they played their record release show there on Friday.

The punk rock ruffians opened up with a proclamation of love for The Outhouse (as though it weren’t obvious already) before diving into coarse guitar riffs, the kind you’d hear in a Western film when the antagonist commits a dirty crime. The frontman then hurled his might into the audience, opening up his lungs and expelling rugged vocals that screeched across the venue, bounced off the wall, and came back to knock you to the floor.

The Big Iron tousled with the audience and brought a harsh energy that only intensified as their set went on. There was never a dull moment, and by the end fans were throwing their bodies across the floor and pounding their fists into the air. Everybody got down, and it was a scabrous sight to behold.