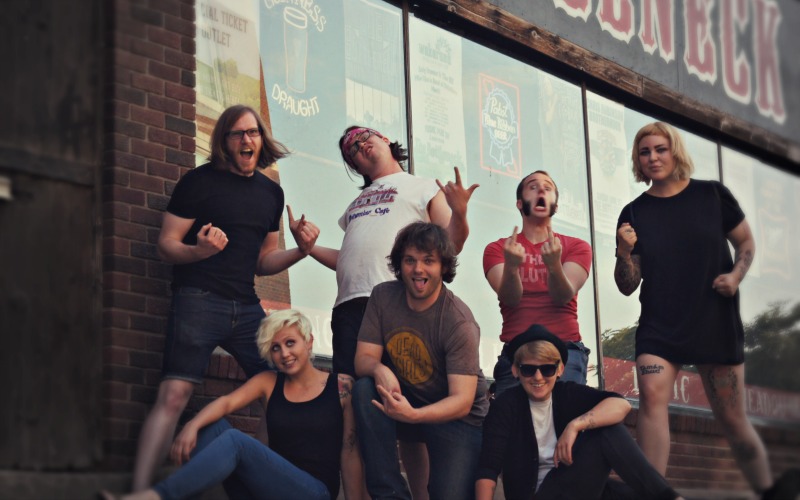 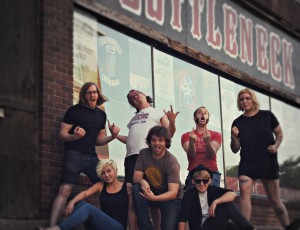 At the end of the month, Downtown Lawrence will become rock and roll heaven when Lawrence Field Day Fest erupts and takes over the scene. The festival celebrates local musicians and puts them in the spotlight during the summer season in Lawrence.

At the center of it all is mastermind and festival organizer Cameron Hawk. The local musician is not only immensely active in the Lawrence and Kansas City scene, but is well-loved by his peers. “I relate immensely with people around here trying to make their own music and working hard to put out something they believe in,” says Hawk. “Just to see that, it makes me happy. I like to encourage it.”

Hawk will be doing a little more than just encouraging local bands this time around. The festival upped their game this year by sprawling out across the downtown area. It now runs three days, barrels through four venues, and even offers a free night of shows.

Lawrence Field Day Fest starts in some of Lawrence’s more unconventional venues on Thursday, June 26th. Love Garden will host a trio of acts at the hometown record store, while Wonder Fair will feature a strictly female lineup to coincide with a week-long tribute to female artists at the gallery. “I like the idea of having unconventional venues involved,” says Hawk.

In fact, when Hawk started organizing this summer’s festival, now in it’s third year, he threw all conventional wisdom out the window. After a heartbreakingly poor turnout the year before, he had to rethink what would get more people through the door. Part of that involved growing the event from one venue to two (on the main nights). But more importantly, he had to give the community a reason to get involved.

Up first on the agenda: working with strictly local bands. “The whole nature of it is kind of ridiculous. You’re putting on this big thing in the summer in a college town when not many people are around,” admits Hawk. So the key was to corral people to do what comes naturally to them. “People around here love great music and cheap beer, and they like to go out and rock out to these bands, because we have great local bands. The people that are here, they’re going to do that anyway. So if we get everybody together to promote it, then it’s sort of a self-oiling machine. Really DIY.”

What’s really at the heart of the matter, however, is promoting the regional scene. Hawk has lived in Kansas all of his life, and (like most of his peers) eagerly moved to Lawrence specifically for the music scene. “I think the regional scene is so important right now. It brings all the personality back into music for me,” says Hawk. “There are all these huge scenes in San Francisco, New York… while there’s a lot of great music coming out of them, they suck a lot of things up. Everything they take from other scenes gets molded. That’s why I think that regional scenes are cool. Because they’re unique. The fact that people don’t pay much attention to them is a little more freeing.” 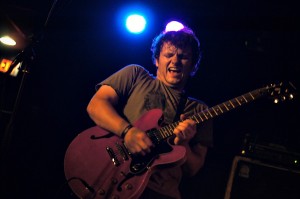 Because Hawk plays in a handful of local bands (including Dead Girls, Stiff Middle Fingers, and Many Moods of Dad), he understands just what kind of tenacity it takes to get your music out there. That’s why he believes throwing a strictly local lineup is what will get the momentum surging for the festival. “I feel like a lot of people feel the need to move here so they can be in a band,” says Hawk. “That’s cool, because it’s not like you’re going to make a living on it very easily. If you do it around here, it’s because you love it.” Hawk then chewed on his own words for a little bit before quietly admitting “Maybe that’s why I like it so much.” If nothing else, you’ll know that the organizers of Lawrence Field Day Fest are in it for the utter adoration of their scene. “That’s what I love, that’s the deal with this whole thing,” conceded Hawk. “Just celebrating the uniqueness of what we have around here.”

Come celebrate that uniqueness with Hawk (and the rest of the town’s rockers) at Lawrence Field Day Fest, June 26-28th. You can RSVP to the event on Facebook, purchase $12 wristbands on their official website or at Love Garden, and check out the schedule below: