JabberJosh PowerPoints you in the right direction

JabberJosh PowerPoints you in the right direction 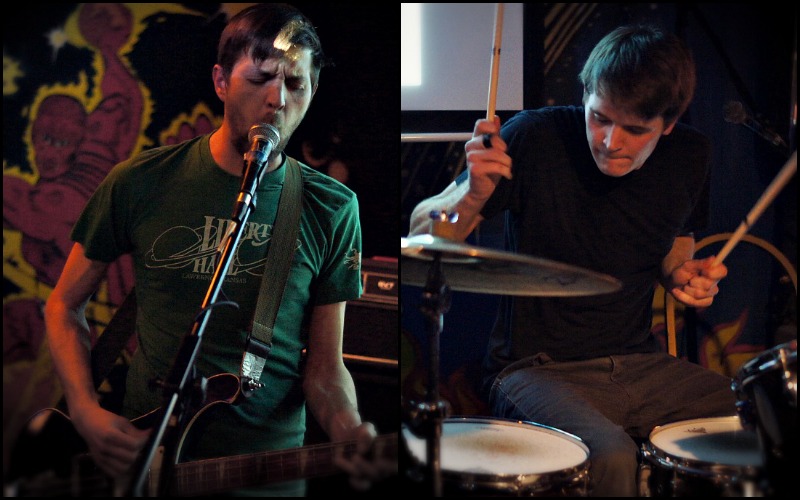 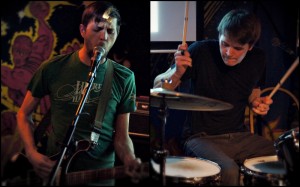 As if their sets weren’t already over the top in terms of humor, JabberJosh has now started adding more elements to their shtick.

The brotherly duo, consisting of Sam and Will Gunnerson, has started incorporating PowerPoint presentations more regularly into their hard rock routine. As always, they begin their sets by offering sugary treats (on this night it was a cake that Will baked). So now, with the audience drunk and hopped up on sugar, hilarity was in full swing.

Contests and celebrity birthdays made their usual appearance, now accompanied by slides featuring pop culture references and a few stills from “Saved By The Bell.” Sam spent some time last year studying the art of stand up comedy in New York, which means he now nearly has a degree in farce. He covered every angle of the room, his one-liners filling in all the gaps ensuring laughter never subsided. 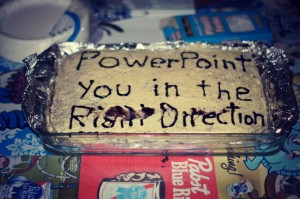 Will, who is normally the quiet one, has really been coming out of his shell lately. He was already one of the most well-respected drummers in the area thanks to his flawless talent and potently polite personality. But now, he appears more animated on the drums. Lately, he’s been intently studying and admiring other local drummers at shows around town, watching them up close and getting right next to them at times. Perhaps his adoration for his fellow beat-makers has rubbed off on him in the most positive way.

The brothers live together, they play music with each other in more than one project, and they see each other every day. Still, they stepped behind their PowerPoint screen at the end of the set and gave each other a congratulatory hug full of brotherly love. It’s heartwarming to see that even through all that comedy and joshing around, these two are the realest people you may ever meet. It’s humbling to know that they’ve invited Lawrence into their musical family.

Speaking of family, here’s a brand new song they debuted on Thursday called “I Can Be Your Gyro, Baby.” Rumor has it they wrote it for their father.