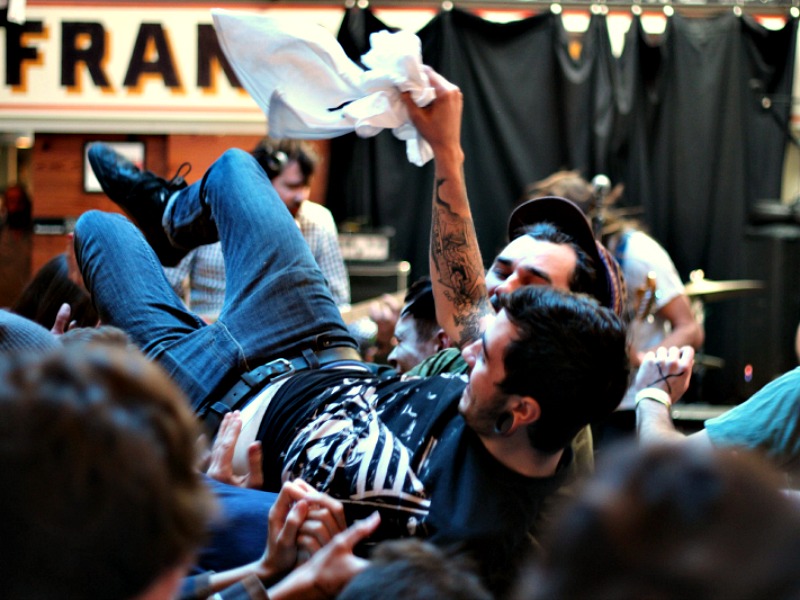 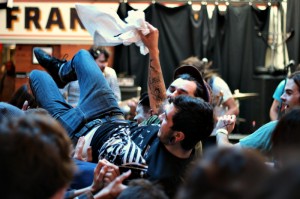 When a band begins a set by offering free shirts to anyone who crowd surfs, you know things are probably going to get rowdy – especially if the crowd is packed around a stage inside a hotdog restaurant.

Diarrhea Planet, the six piece rock outfit from Nashville, spawned the first mosh pit I’ve seen before at 2:00pm. I had never heard any of their music heading into their SXSW show, but they made a fast fan out of me. I expected a much more aggressive sound from a band with such a crass moniker, but they carry the right attitude and it suits them well.

Afterwards, Tulsa, Oklahoma garage punks and fellow Midwesterners Broncho went on and played the first set I had seen them play in a year. Familiar tracks from “Can’t Get Past The Lips” as well as various new songs (and even a new line up) made up the playlist. I really can’t wait for their next album.

Watch: Hearts of Darkness at the Bottleneck