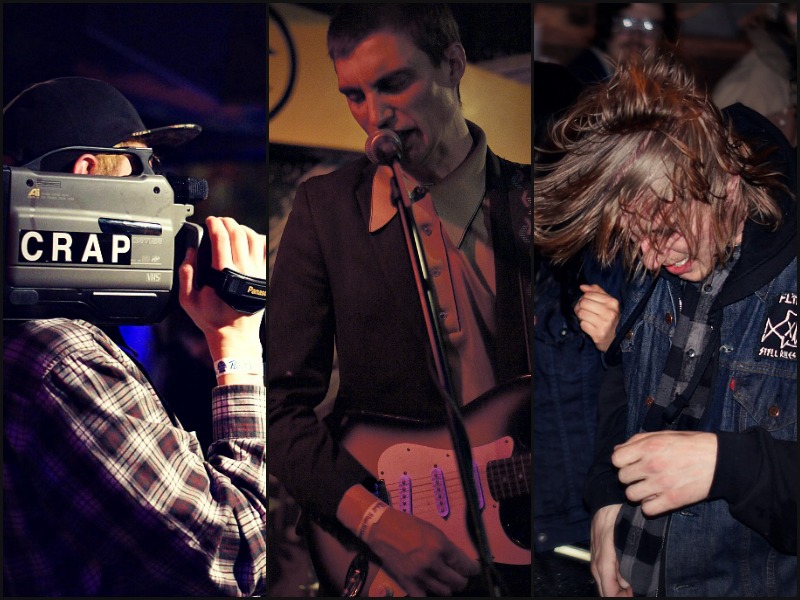 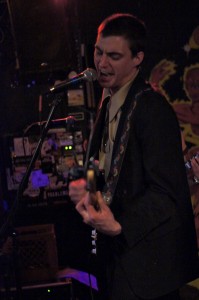 “Play the drums as loud as possible. As loud as humanly possible. If they fuck up, even better.”

That was Lazy’s charmingly lanky frontman, announcing instructions to no one in particular just before their chaotic set at the Replay on Friday night. The band is surprisingly calm onstage, generally maintaining a stiff stance throughout most of the set. But believe us, it’s the fans that make a Lazy show an experience.

Lazy’s fans are unruly as fuck. They stood around the Replay, lurking and itching like addicts until it was finally Lazy’s turn to take the stage. When the music started, they weren’t quite fully thrashing the way they wanted to. Really, they were about 70 percent of the way there. It wasn’t until the band performed “Party City” that the shit really hit the fan. 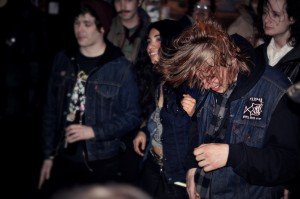 They stormed the small stage, spilling anything in a glass or pitcher. They slipped about the entire dance floor while ice cubs crunched under the soles of their sneakers. The ticking time bomb had exploded, the mics (and stands) went flying, and everything rolled into one destructive Katamari. We wouldn’t be surprised if at least one person had cracked their skull at this show.

Even Lazy finally got into the spirit at about that point. The singer snarled, riffs raged, and choruses got a little more cutthroat. You can’t sit by idly at Lazy’s shows. Even if you arrived a mild-mannered fan, you left a savage.

Here’s a clip from their set, right when the brutality was at its highest.