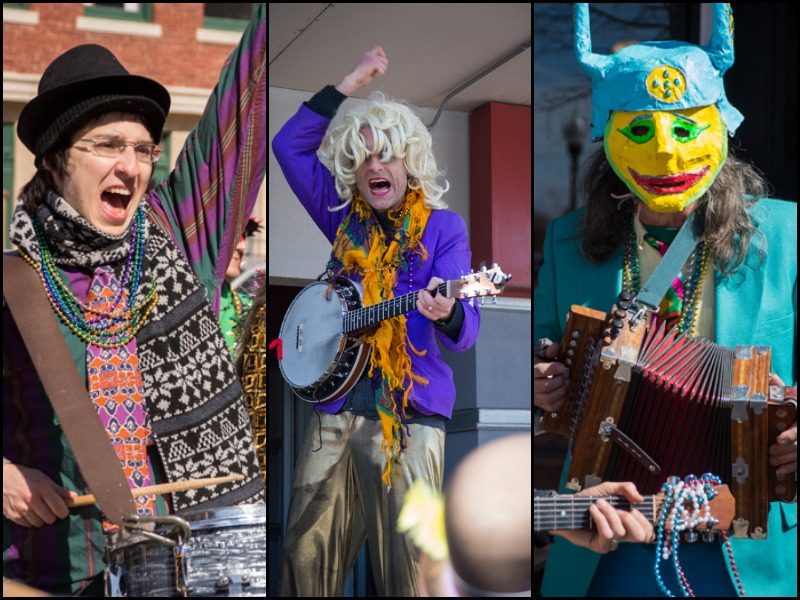 One of the most vibrant affairs of the year erupted in Downtown Lawrence this week. This year’s Fat Tuesday was one for the books, as scores of Lawrence musicians and music lovers met up for the Mardi Gras Parade.

The event, created by Truckstop Honeymoon’s Mike and Katie West, has grown in popularity every year over the last decade. The commotion began at one end of Mass Street, and marched down the sidewalks and inside businesses until the party landed at Free State Brewery. It ended with a colorful concert filling every corner of the brewery, and left many Lawrencians with quite a few stories to tell (and hold them over until next year’s Mardi Gras).

Spirit is the Spirit debuts new music at the Bottleneck