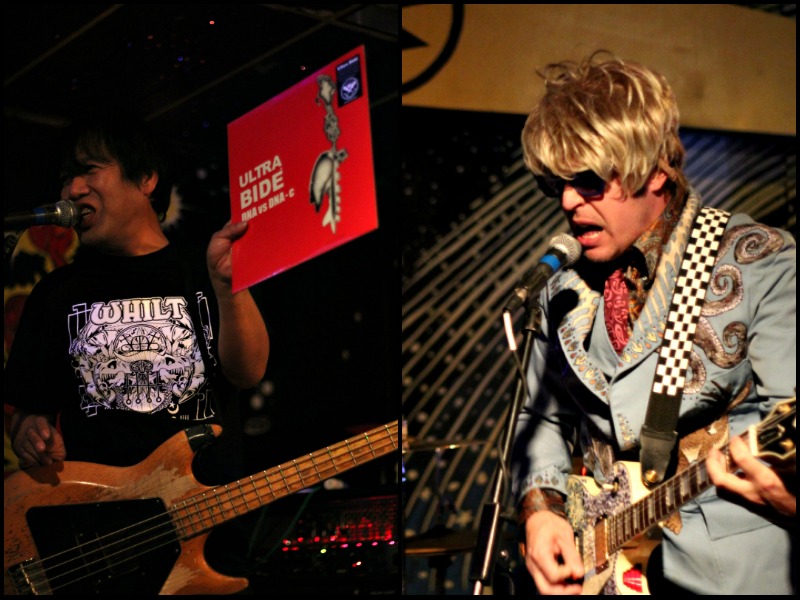 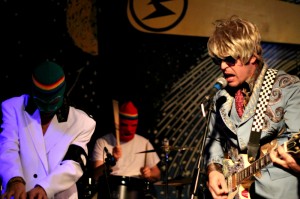 Step into my time machine. First stop is the Replay last Thursday night. A brigade of masked men exit the bathroom and step into the lights of the stage. “We are Drop A Grand and we are here to kick your teeth in!” is not what they said, but when they started playing that’s how it felt. Wave after wave of electric sound crashed over me, each song cutting through with the kind of bite like a used needle. 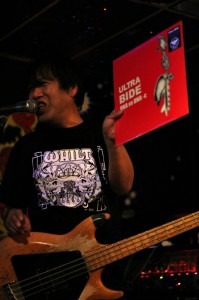 Next stop is Kyoto-City, 1978. Enter Ultra Bidé, spawned from what I can only assume was some sort of strange industrial ooze. Throughout the years, the band shifted and mutated into a sound self-described as “PUNK-ART-ELECTRO-MASSIVE-ATTACK-ROCK.” Time machine, back to present day, or last week rather, and the hardcore drum and bass trio loosed a wall of sound that rang in my ears for days.

With a set up that evokes memories of the fabled band Spinal Tap, two bass guitars and a buffet of effect pedals construct a monolithic force propelled by a drummer who plays like the god Thor himself, striking down upon the heads of countless foes with his deadly hammer. It was a show unlike any I have ever witnessed before and I can only hope that the sound of Ultra Bidé rears it’s ugly head in Lawrence in the not so distant future.