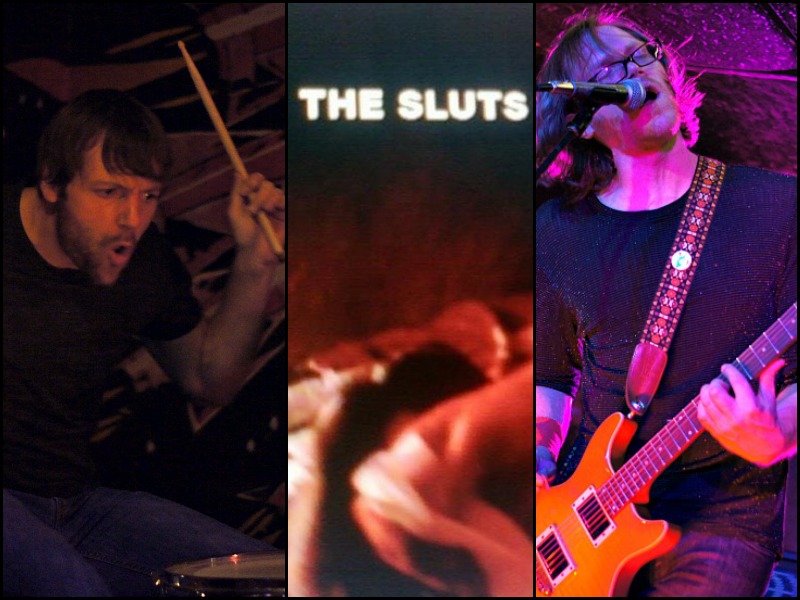 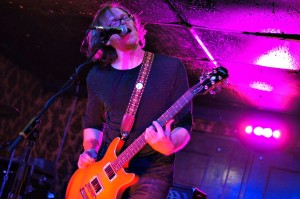 A little over two years ago, we walked into the Jackpot expecting to cover An Horse on their tour. But when a brand new Lawrence band called The Sluts took the stage to open the show up, we were so blown away by their performance we decided to dedicate our entire coverage of the show to them. Since then, The Sluts have been the apple of I Heart Local Music’s eye.

Although googling them is a bit of a nightmare, you will find a hefty amount of media attention on our site. We’ve always favored bands that break away from the norm. The Sluts don’t belong to any musical clique in town. They don’t belong to a label. They don’t even have favorite bands they like to play with. You can call them loners or rebels, and this has always worked in their favor, allowing for full creative freedom in their work. You won’t find anyone in town who sings like Ryan Wise or bangs on the drums like Kristoffer Dover (seriously, the man’s like a large-muscled ape on that kit). This band, even when calling upon the stylings of some of their musical heroes, is truly one of a kind. 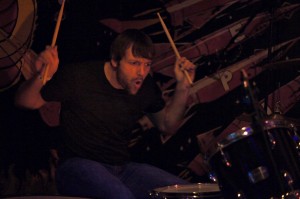 You can imagine our anticipation with getting our hands on some recorded material from this band. The truth is, they began recording a couple of years ago. They got about two tracks in before deciding to completely scrap what they had and start reworking their approach to making an album. Two years later, we’ve been handed Virile, an album so stunning we could hardly believe it came form a local two-piece. The guitars are so clean, the vocals are gritty yet impeccable, and the result was definitely worth the wait.

Our first listen gave us a hard punch in the gut. Pay attention to the lyrics, there’s some real pain there! It culminates in an epic pile of misery and hurt in a track called “Victim.” In it, Wise reaches into the ultimate depths of his distressing, tormented-filled voice and proclaims “I’ve been the victim of a miserable cunt!” over and over again, as though he were yelling it from the rooftops before taking a suicidal leap into the darkness. What trauma! This album leaves you disoriented, much like a night of heavy drinking (which pairs well with this body of work). We’ve never heard a record like this emerge from this genre in our region. This very well could be one of the best and most solid rock albums to ever come out of Lawrence.

But long before we had Virile, The Sluts graced us with two years worth of thrilling live shows that got your heart truly pounding. Who knew such a loud, abrasive, and wild ride could come from just a two-piece? Thanks to the rough-around-the-edges relationship Wise and Dover seem to work within, The Sluts have fine tuned their act to produce the gripping and stimulating live show we’ve got in front of us today. It may seem like a gritty performance, but every move is calculated. Their sets are ample, and the duo now have a dedicated fan base camped out at the front of the stage for every show.

With this album release comes a new chapter for The Sluts. You can expect to seem them playing some major stages soon (we’ll have details on that later) and expanding their regional reach.

Introduction by Fally Afani, Editor of I Heart Local Music 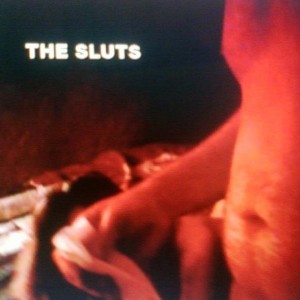 The Sluts brand of vicious garage rock oozes out of their nasty record Virile. With only one track over three minutes, you get to live in a fast-paced world of an endless party and a collection of unsavory characters. The Sluts are our guides through the debauchery and the devastation. Most striking about Virile though, is not the utter power the duo exude through nine ear-splitting tracks, not Ryan Wise’s gorgeous sneer, not Kristoffer Dover’s hypnotizing drumming, not the grunge heart at its core, but how pop-centric these tunes truly are. For every brutal lyric The Sluts produce, they match it with catchy guitars and head-banging percussion.

How have they created such a perfect combination? The Sluts are rock ‘n’ roll purists. Kicking ass and getting you to move right along with them. Nothing is sacred and they want us to go with them. “Shining the toes on your shit kicking boots” Wise sings, before giving a bellow from the bowels of hell on “Loose.” I especially love the mellow fury on “Get You Home.” Part dancehall romance, part sloppy kisses against the jukebox, this one has the perfect amount sleaze and love. “I Don’t Mind” has to be a radio chart topper; it’s so catchy you’ll scream it out the car windows at anyone and everyone. The Sluts are the friends your parents don’t want you to hang out with tracks like “Die,” “Misdemeanor,” and the aptly named fuck-you-to-maturity anthem “Friends.” Broken bottle, bloody nose, loose teeth rock. Virilie is a tribute to living fast and being angry. Get pissed and hold nothing back.

Editor’s Note: You can see The Sluts this Saturday at the Replay when they play with Skating Polly. The Sluts are also featured in the 2014 I Heart Local Music Swimsuit Calendar, which helps benefit Midwest Music Foundation. You can pick one up at Love Garden, Cindy’s Simple Life, or Mass Street Music.