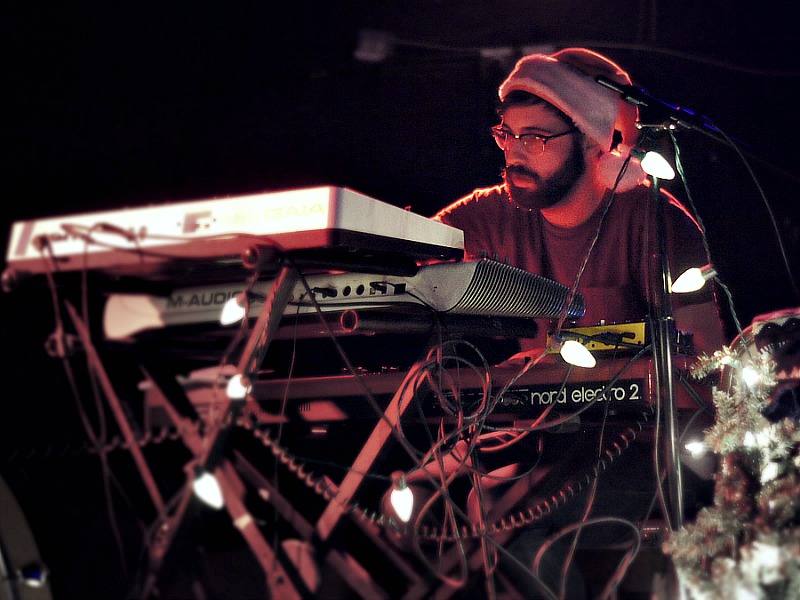 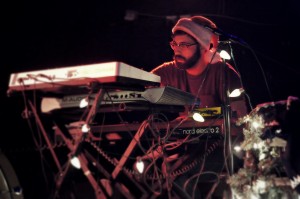 Narkalark caught our eye a few months ago when they uploaded their first single online. The thought of a new electronic act in town was tantalizing, but anybody can upload songs online. The real test is what they do with their music onstage.

On Friday night, Narkalark delivered when they performed with a full band at the Bottleneck as part of their EP release show. Donning little Santa hats and hoards of Christmas lights, the group at times flirted with turning into a full-blown drum party, but for the most part kept themselves in check. Between their electronic beats, a highly skilled drummer, and an extra snare on stage, this was truly a fun electronic act with more than enough beats to share with the whole class. 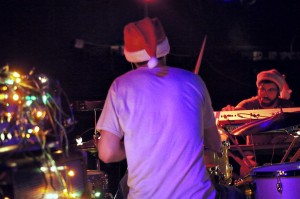 We’re impressed with the positive response they received from the crowd after being active for such a short time. What’s even more impressive was the lack of snarky comments about electronic music coming out of the audience. This, combined with the recent enthusiasm for fellow dance music creators Middle Twin, gives us high hopes that electronic music (and the high-spirited interest surrounding it) could be making a comeback in the Lawrence scene (something we haven’t seen since the days of EVAC and Superargo). It seems like everybody’s toeing the line by mixing synthetic with organic, so we’ll just have to see what everyone’s next move delivers.

Here’s a video of their performance at the Bottleneck on Friday night: