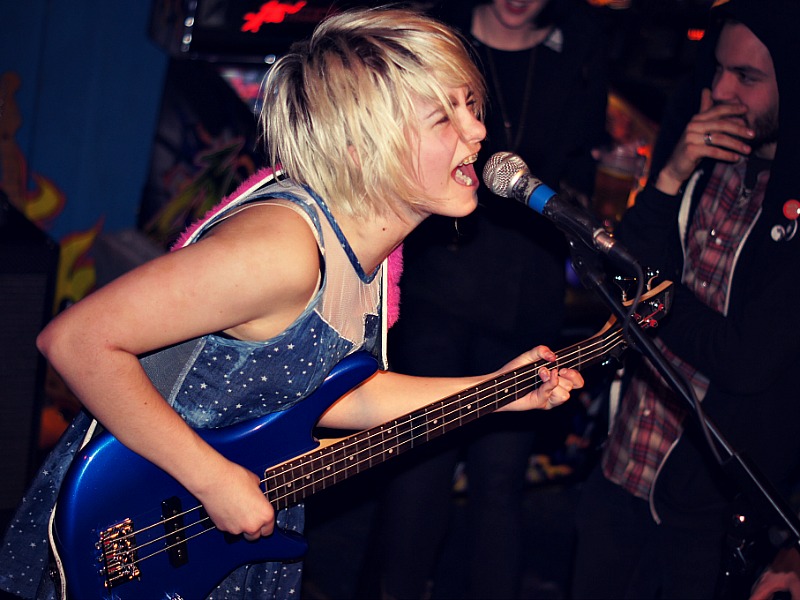 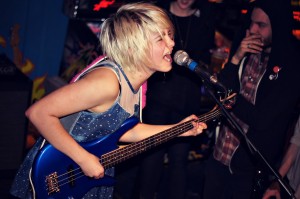 Lawrence has a new crush, and her name is Skating Polly.

Lawrence has actually been crushing on the garage duo for a while, but audiences failed to show them proper support until the girls hit the Replay stage Saturday night. The timing couldn’t have been better. They’ve been practicing, collaborating with other artists, and really expanding their horizons… and it shows. Their vocals are spot on, every scream still feels chaotic yet calculated.

There’s also an increased physical presence from stepsisters Kelli Mayo and Peyton Bighorse. There’s a certain confidence and swagger they’re now bringing to the stage, but they’re still so humble and likable that you can’t help but be naturally drawn to them. In fact, it was pretty obvious that the entire venue was fairly smitten. The crowd stayed planted in their spots for the entire duration of the set, and there was no shortage of fist bumps (or dropped jaws and salivating fan boys). 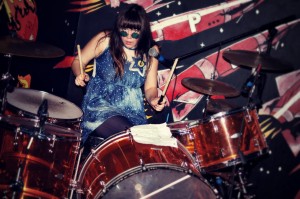 The girls have been on tour with Kate Nash, and have even collaborated on some songs. They’re no stranger to this type of camaraderie with notable musicians. They’ve always been tight with Lawrence’s own Kliph Scurlock (drummer for the Flaming Lips). He mixed their most recent album, Lost Wonderfuls, and joined them onstage for a song. The exchanges between Kliph and the girls is so adorable and sweet, we nearly got a cavity. Just before the song, Kelli announced (with a giggle) “I’d like to dedicate my whole entire set to Kliph Scurlock from the Flaming Lips.” When they finished playing, Kliph got up and (with a cheesy little bow) asked “Did I play it OK your highness?” Our hope is that these three will continue to collaborate and maintain this favorable friendship for a long time.

Keep an eye out for big things from these girls, including a new album they just recorded with Calvin Johnson. In the meantime, they’ll just have to put up with Lawrence’s utter adoration for one of the most cherished acts in the region.