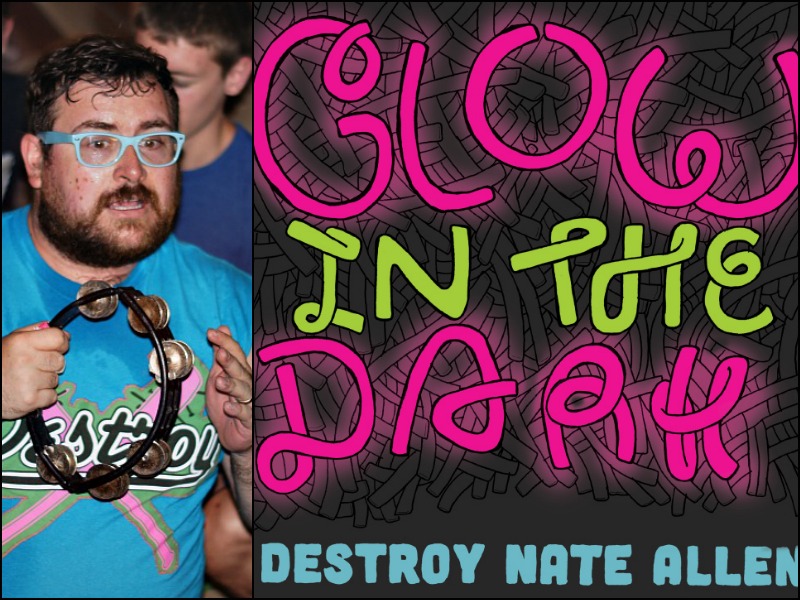 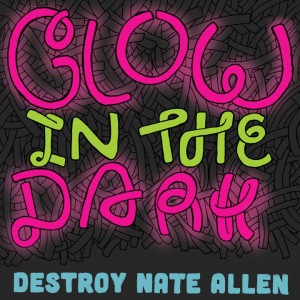 With Glow In The Dark, Destroy Nate Allen gives us twelve tracks of greatest hits. The anti-folk punks spend the first half of the record having a raucous time with rowdy songs about dystopian apartment complexes (“My Parents Managed Apartments”), love (“Loving You Means Everything” & “Turns Out You’re Perfect For Me”), and even cooking sort-of (“Recipe”). We get the rowdy acoustic rock from the duo that makes you want to dance in a mosh pit. The opener’s description of the hellacious apartments with distressing neighbors is a prime example of laughing instead of crying. The lyrics are quirky and clever and Destroy Nate Allen’s sparse instrumentation lets the vocals stand out (“But you can’t kick ‘em out when they’re selling drugs/Cause they say they know karate and their daddy owns the place”). I think I lived in the same place they’re talking about… 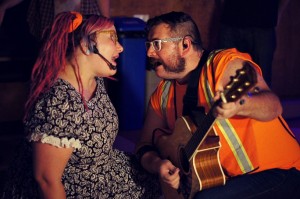 “Loving You Means Everything” features Nate’s demented warble. A sweet duet with a fun look at the band’s relationship. The harmony these two share is infectious, as heard on “Jesus, Keep Us Safe From The Cops” with its snapping and clapping to accompany the goofy singalong (intentionally more congregation than campfire vibe). The first half of Glow In The Dark is ready to party, while the second half focuses even more on the sparse with it’s melancholy tracks. The title track is a great love song, but its sweet banjo completely spins around from the direction side A was heading. The devastating one-two punch comes from “Broken Wings” and “Asshole;” the latter being a masterfully written song about self-pity and loathing (“Oh I hate feeling like the things I hate/And I wish I could take back my words”). It stops you dead in your tracks with its force. 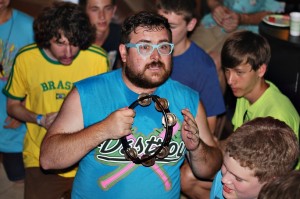 Destroy Nate Allen wants us to know everything will be just fine though, with the last two tracks “We Made It” and “Ready Steady Go” (a live gem). The light in the darkness, they gets everybody involved and like the latter’s title suggests, they become the starting gun in moving past the low moments in life. A retrospective, a compilation, whatever you want to call it, Glow In The Dark is a solid collection encompassing the many talents of Destroy Nate Allen.