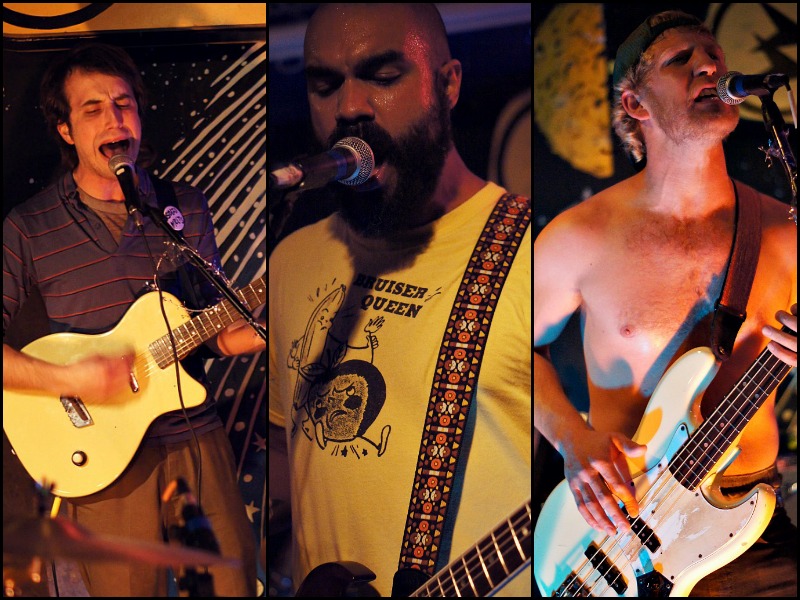 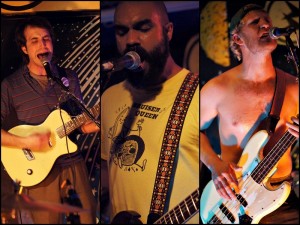 I Heart Local Music sponsored a raucous show full of various avenues for disorderly noise at the Replay Friday night.

The lineup started off with CS Luxem, who performed on his own birthday. His sets have steadily been getting louder, ending in a crashing and roaring rendition of “Born Down Bobby.”

Muddy Udders, out of Wisconsin, made their Replay debut with a loud-mouthed, boisterous, malicious, and wildly brazen set. Equal parts rockabilly and punk, the boys woke the dead when they played, with fingers flying so fast up and down the frets we could hardly keep track. When they weren’t playing, the boys were drinking and full of cheeky remarks. If you can believe it, the Replay crowd could hardly keep up. “We are from Wisconsin!” one of the members proclaimed. “We drink more than most people!”

The Sluts followed with an ear-splitting performance and a slew of new songs. By now, a Sluts fan club has regularly started forming at the front of the stage near their shows. We highly commend the fella who started a headbanging trend at the Replay that night.

The belles of the ball, Black on Black, debuted several songs off their new EP. The drummer, who recently made the move to Austin, made the 12-hour drive up to Lawrence for the show. The band’s ferocious lyrics and roaring sound resonated throughout the venue. If your hearing survived the first three bands, Black On Black put the final nail in the coffin on your auditory well-being.

Watch: The Regrets at the Replay