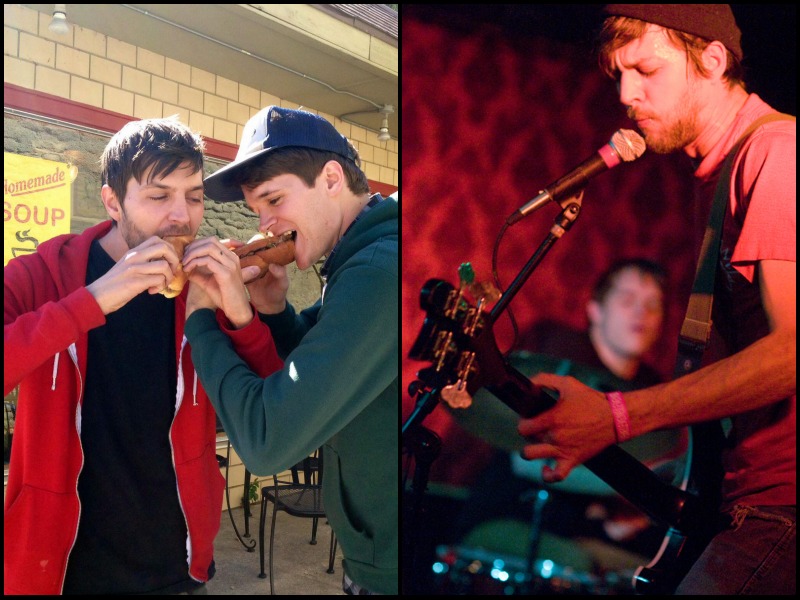 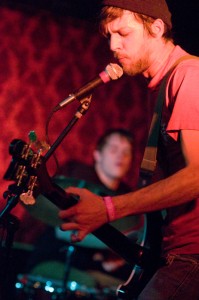 Oh, those Gunnerson brothers. Some of my fondest memories of seeing them live include their blink-and-it’s-gone SportsCenter theme, the Home Improvement song (including Sam’s Tim Allen grunt), and of course, the infamous birthday list. But as funny, lighthearted, and charming as JabberJosh is, they are above all hard as hell rockers.

Sam and Will can come up with the best song titles you can imagine (“Teen Wolf That Fucker” & “Born To Be Mild” are prime examples) and great lyrics to boot, but what gives the duo their rock ‘n’ roll persona are those dangerous drums and terrifying bass guitar. With Dos Hombres, JabberJosh slams it’s way through eleven tracks. They take breaks to have fun (I loved “Led Zeppelin Drum and Bass Track,” it’s eighteen seconds being perfectly placed between two shake you to the core tracks). Later, Sam yells “Motherfucker in my head!” on the track of the same name. How is it a band can be as aggressive as they are hilarious? JabberJosh has found the answer with their particular brand of grunge/garage/hardcore rock. 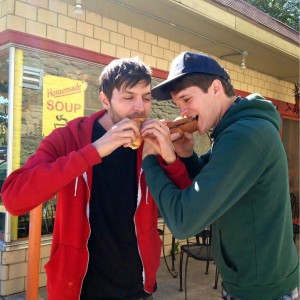 After a “Let’s Get Ready to Rumble” introduction, Will’s drums become an inferno scorching everything in their path. Sam’s guitar blasts along with them, knocking you right on the ground. “Man, These Milkshakes Are Alan ‘Fucking’ Thicke” feels like you are getting pummeled, but goddamn does it feel good. The lyrics on Dos Hombres are fantastic; crass, rude, and ready to pick a fight if they need to. But best of all, they tell a story. On “Teen Wolf That Fucker,” Sam tells the tale of a friend who decided to ride on top of a van, much like the titular character of the film by the same name, a few days before a wedding. He name checks some Lawrencians and I wonder, is this a true story? But that’s irrelevant, because the Gunnersons already have me hooked; the song is conversational and anecdotal. Gunnerson isn’t just a great songwriter, he knows how to keep an audience captivated with his story.

“And I Gotta Fajita” starts with an almost frightening repetitive drum solo from Will; it’s disjointing in the way it just makes you wanna bang your head with the beat. As the song progresses Sam shrieks, straining his voice to a screech and with one of the best moments on Dos Hombres singing, “Shirley Temple, had an ego/William Shatner, still an asshole.” It starts and stops as if coming back from the dead to get one more scare out of us. “If You Don’t Get Rid of Linda, I’m Gonna Throw Her out the Winda” is a killer anti-social anthem (“Can’t you tell I wanna be alone/Can’t you not tell by my tone”), with (ironically) a rousing group chorus. Ending with “Shake Hands With Weed,” an almost instrumental track (there are a couple “oohhhs” in the middle and a few spoken words at the end) that kicks your ass, lets the Gunnersons wrap up an outstanding album.

JabberJosh has a strong reputation as it is; with Dos Hombres they have added a terrific record to support what you should already know. JabberJosh totally fucking rules.

Review: Black On Black - “Get On With It”