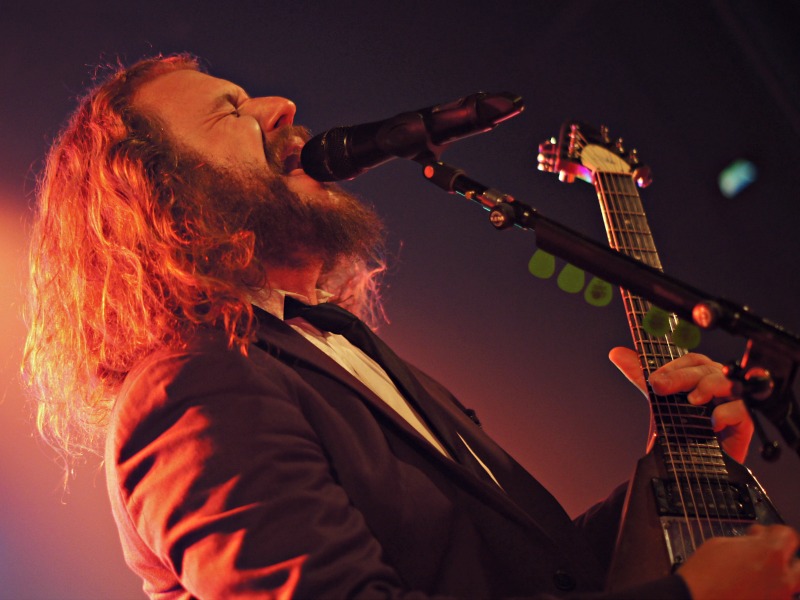 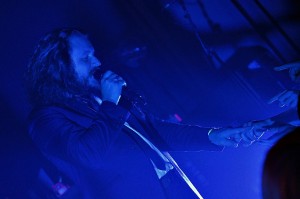 On Wednesday night, we were anxiously awaiting Jim James’ set and standing in the front row next to an elderly woman. She explained her fandom to us and told us how many times she had seen James, what it was like to be part of his fan club, and why she loved his live shows. Well, his little ears must have been burning because as soon as he came onstage, he made a beeline for this specific fan and started touching her hand. You can imagine the swooning that followed.

She wasn’t the only one. Throughout his set, James fluttered about the front of the stage, touching the hands of any man, woman, and child within reach. He looked deep into their eyes with just a hint of mischief, smiled, and flirted. The man was laying on the charm thick. 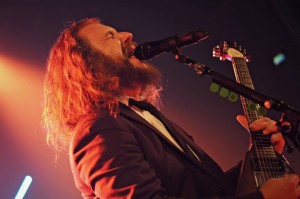 In between all the fan love, he swayed, shimmied, and slithered about the stage in his snappy suit. But the man reminded everyone he’s more than just an onstage personality by going for a few tricks up his sleeve. When he wasn’t scootin’ across the floor, he was showing off those horn and guitar skills, always with his signature curls flying about the place. James is a diverse performer, he can croon with an oh-so-smooth voice one minute (shushing an entire audience with his impeccable vocal stylings), and then suddenly rock a lively guitar solo the next. It’s no wonder his fans were so laid back, dividing their time between happily giggling at his onstage antics and listening intently to his beautiful songs. 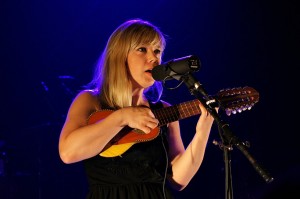 Opener Basia Bulat also had a knack for calming an entire audience with her soothing voice and busy, string-plucking fingers. This was the Canadian’s first time performing in Kansas, and the multi-instrumentalist had the audience eating out of the palm of her hand.

Her heartbreaking lyrics gave us the suspicion that this was a woman who had been through a lot, and the bandages on her instruments confirmed it. With her gorgeous blonde mane flowing, she strummed her stringed instruments just as hard as any rocker goes at their guitar. But sometimes she got so quiet, you could hear her tiny little brown boots tapping throughout the entire venue (as demonstrated in the following clip).

Her tools were so unique, she even took a couple of questions from the audience about them. Watching her play was such an interesting experience, it felt like a guessing game. What instrument was she going to pick up next? Every song demanded more of the growing crowd’s attention, and some hoped she would return to the Sunflower State again.