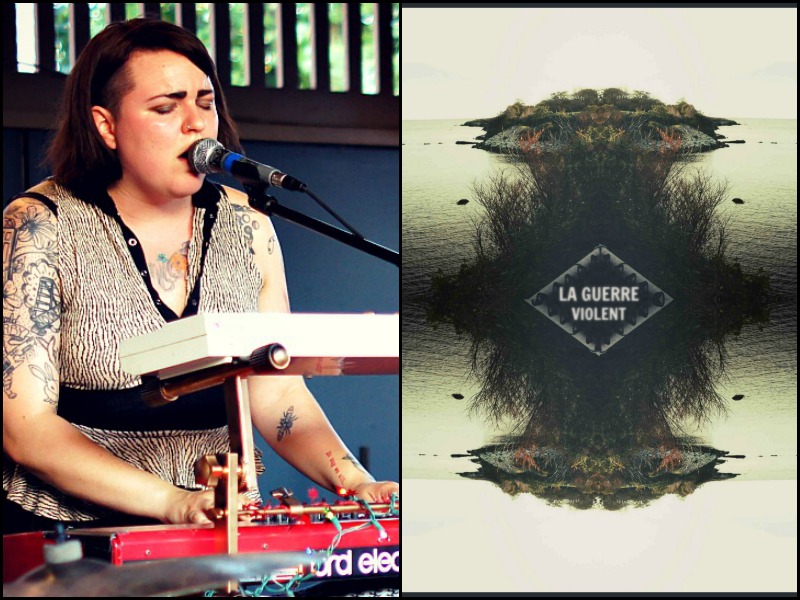 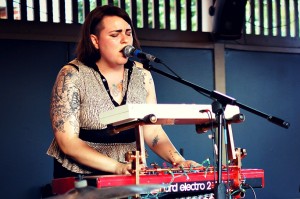 Her second release of 2013 (under the La Guerre title), Katlyn Conroy’s newest record Violent comes to us a mere three months after the excellent The Three EP. And while Violent has Conroy’s beautiful vocals, it takes us into a new realm; space. This record sounds like it was meant to carry us into the heavens and beyond. Every track has a very clear, ringing quality to it. It’s almost science fiction. Take the instrumental “Landbreak,” a song composed as if it were choreographing the planets and stars dancing across the skies. It’s ambient and relaxed, but precise in every beat and note. The cascading keys shimmer like the moon on the water. It’s therapeutic, calming, and keeps you awake admiring the night. 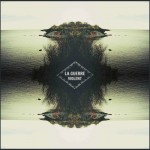 Violent appears to be a new phase for La Guerre. If The Three were more “organic” so to speak, then Violent is the more electronic driven with stellar producing. The beats are icy cool, with “whirrs” and “whooshes” sprinkled in the background of the seven tracks. The keys hit harder, their impact giving the songs their “violent” nature. And of course, there’s Conroy’s voice. Gone is the melancholy, replaced with a vicious, heart-piercing call. I mean honestly, song after song her vocals just knock you down and there’s no chance you’ll be able to get up. “Cause I never learned/What hurt you the most was me” she sings on “Demonic,” a haunting tune with this very creepy dancehall vibe to it. Her harmonies on “Chased” and “Focus” are stunning, once again painting the image of the vast sky slowly fading to darkness. What strikes me about these tracks is how mildly paced they are; no rush, no hurry, yet they are both under three minutes and both fade quietly as if they are trying to disappear from memory. But they hang with you for hours, days, weeks.

The track that bridges the gap from The Three is “Lovers Sway,” an intimate and lovely song that lets the vocals take control with minimal instrumentation. The single, “Sorrow Song” is a dark, poppy treasure; just the right amount of gloominess with a great romanticism (“It’s a classic cover-up for a night of being drunk/But if drinking does us much, well I’m a fool to sober up”). La Guerre’s Violent lets us float into infinity. The last track, “I Will Find You” is the five minute epic that finally lifts us off the ground. “I will find you/If you let me try to” she sings in the most confident voice you’ve ever heard. If The Three was about searching for someone, then Violent is about searching the cosmos. Prepare to roam in the boundless reaches of the environment this record has created.