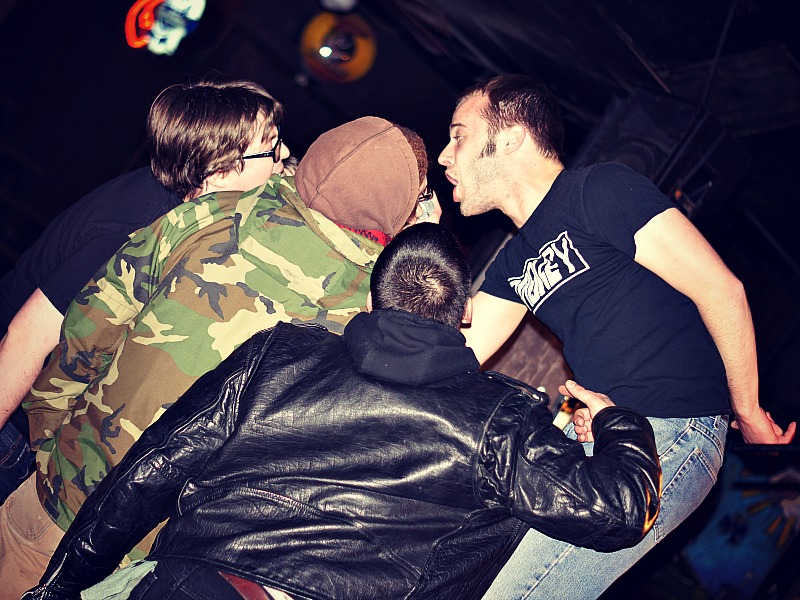 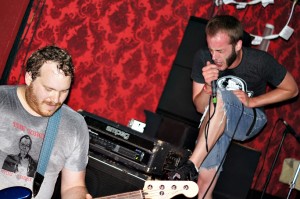 One of Lawrence’s rowdiest bands is pushing the limits once again. The punk rockers in Stiff Middle Fingers are known for their insanely chaotic live shows, and now they’re capturing the magic for their next album. Thursday’s show at the Replay will not only serve as a cassette release for the band, but will also help them lay down live tracks for their next EP. 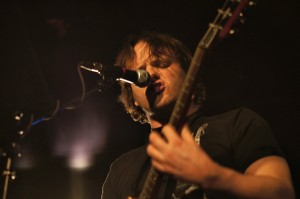 Lightning In A Bottle

Stiff Middle Fingers have been on a whirlwind of exciting live shows over the past year, and have a rich history in the local scene. They’ve played with the likes of Steve Egerton and Bomb The Music Industry, and their lineup includes local veterans guitarist Cameron Hawk (of Dead Girls), drummer JP Redmon, and bassist Aaron “Barry” Swenson. In the three years they’ve been together, the band has gone through some transformations (abandoning covers for high-energy original pieces) while still maintaining that old school punk sound. But the real attraction in this act is their boisterous and mischievous live set.

We can thank singer Travis Arey for this. The rocker is well-known about town for scaling walls, speakers, and tabletops during their shows. He says the band came up with the idea for the live album after they recorded some tracks in the basement and decided to “take that sound above ground.” “We do tend to have a pretty kinetic live show, and that energy is pretty difficult to recreate,” says Arey. “So we were trying to capture some of that lightning in a bottle.” 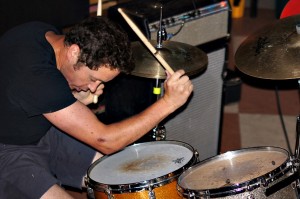 For as raucous and rambunctious as the band is, there’s a method to their madness. Arey specializes in almost a polite rebellion, seeing it as the new disorder in today’s society. “I feel like being considerate is the way to be subversive from society now,” he says. “Maybe that’s the punk of the 21st century, being polite and considerate. I don’t think that’s how normal society functions.”

But don’t expect a lack of lawlessness Stiff Middle Fingers. Arey’s ultimate goal is to join forces with his bandmates to raise the energy level of every show he plays through the roof. “What I always try to think of is that feeling that I used to get when I went to shows when I was younger. It was a very memorable experience,” says Arey. “I feel like if I could even scratch the surface of trying to reach that, it would be worthwhile. It would be very cathartic.” 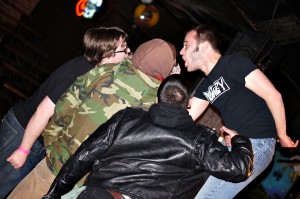 It’s hard to imagine a lively ruffian such as Arey as shy, but he insists that getting to this point in his performance took some work. “I really like pushing myself, so even the whole singing in public thing was a pretty big step,” he says. “Going from the car to karaoke, then karaoke to jumping around in front of people and shouting a bunch… it took a little bit of time to coax myself out of it. It’s kind of like that meditation point. You’re so in the moment, it feels fantastic.”

Arey also lives for getting up in people’s space at their live shows, often darting off the stage and frantically zipping amongst the crowd for the entire duration of Stiff Middle Fingers’ sets. “I love finding people who aren’t paying full attention and think they can get away with it. I always find something new to climb on.” Arey never worries too much about offending with his antics. “For some reason, the rules don’t apply when you have a microphone.”

See what Arey will scale next when Stiff Middle Fingers record a live album this Thursday at the Replay. You can RSVP to the event on Facebook here.