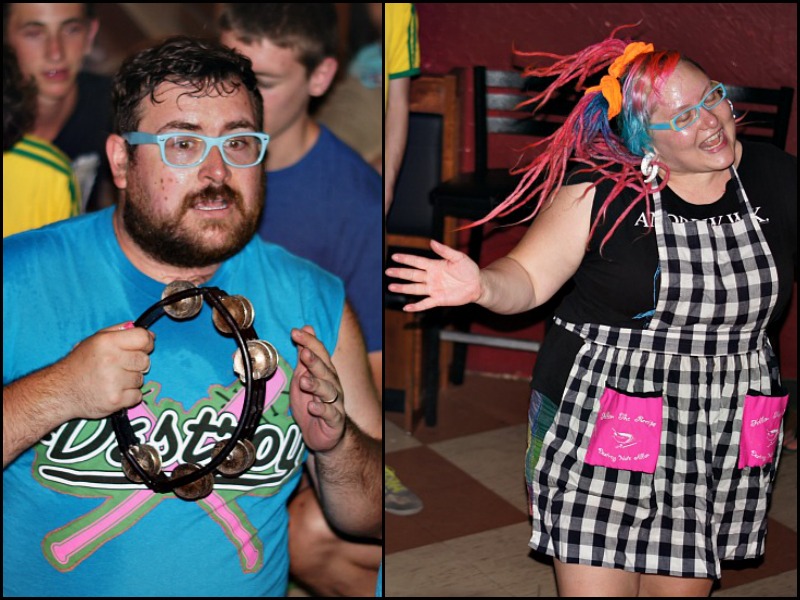 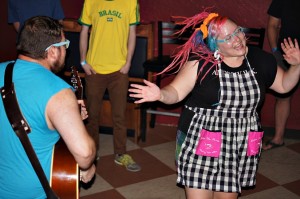 Destroy Nate Allen may be one of the wackiest acts you’ll see all year. They’ve toured through the area before, but now you can call them locals.

To call the duo “attention grabbing” is an understatement. Bright, vivid colors are a staple in these performers’ diets, along with apparel so loud you’ll need earplugs just to look at them.

In Destroy Nate Allen’s case, you can judge a book by its cover. Their performance is just as loud and colorful as their look. The have mastered the act of audience interaction, weaving comedic lines into their songs and antics that will leave the audience helpless to dance-alongs. 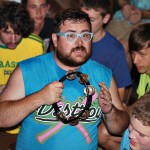 Nate Allen and his wife Tessa only recently moved to the area. They once called Portland home, but now reside in Kansas City and are finding a good fit in the local scene. Considering they’ve played 700 shows and released seven full lengths since 2007, we don’t expect them to slow down anytime soon. 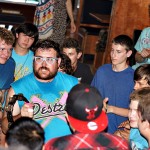 If there’s one thing that does set the act apart from most bands, it’s that you won’t see them set foot on the stage. Expect to see them down in the pit with their audience, leading them in jams, punk rock sing-alongs, and hilariously campy dance numbers. Expect a full-body experience when you see Destroy Nate Allen.

You can catch them along with two other hilarious comedy/music acts this Saturday at the Jackpot when I Heart Local Music Presents: BaioWolf / Destroy Nate Allen / Something and the Whatevers.

This show comes to you smack in the middle of Busker Fest for the low, low cost of $3. You can RSVP to the event on Facebook here.