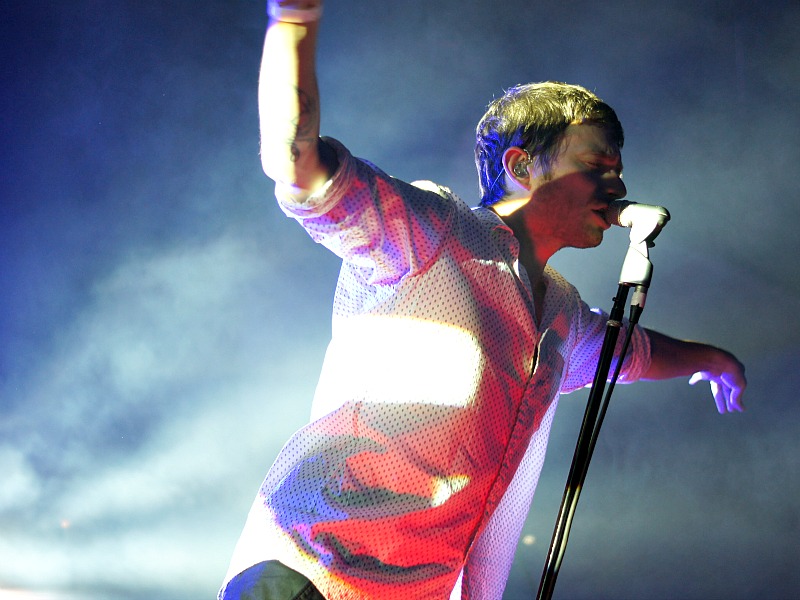 Friday was a magnificent evening for music lovers in Lawrence. Between the street performers that dotted every corner of downtown (which was lively thanks to the Tour of Lawrence bike races and Final Fridays art walk), you could also hear music coming out of various alleys and businesses (Love Garden had a particularly lively show). But many scenesters ended up finding themselves at the Granada for Yeasayer and Reptar.

Reptar’s set was a nice surprise for those unfamiliar with the band. The multi-membered colorful group of musicians delivered dance music you could definitely get down to and busted out a few of their own moves along to the addictive and throbbing beats. Their highly animated horn section was popular with the crowd, and they were heavy on the hand gestures and smiles. 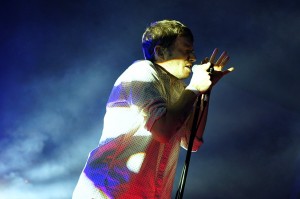 Yeasayer burst onto the scene against a lively and vivid backdrop of intensely saturated lights that cut through the crowd like a set of lasers. The mesmerizing light show matched up with their Middle Eastern-rich themes in their dance music. The crowd swelled to fill the Granada, and fans were in great spirits as Yeasayer kept the party rolling all night long.

The event was sort of a last-minute gig after the Kanrocksas music festival announced a short-notice cancellation. In a maneuver that sat very well with area music lovers, local promoters shuffled around bands from the festival and put them in venues throughout Lawrence and Kansas City. The band acknowledged this, saying “We were supposed to play that festival and it got canceled,” but then admitted “This is probably better for us. We do better in smaller, intimate environments.” They were correct. Despite the large crowd, it did actually feel like an intimate show thanks to their gregarious banter with the audience. Yeasayer’s drummer, Cale Parks, is from the area. So it felt natural to have them in Lawrence anyway.