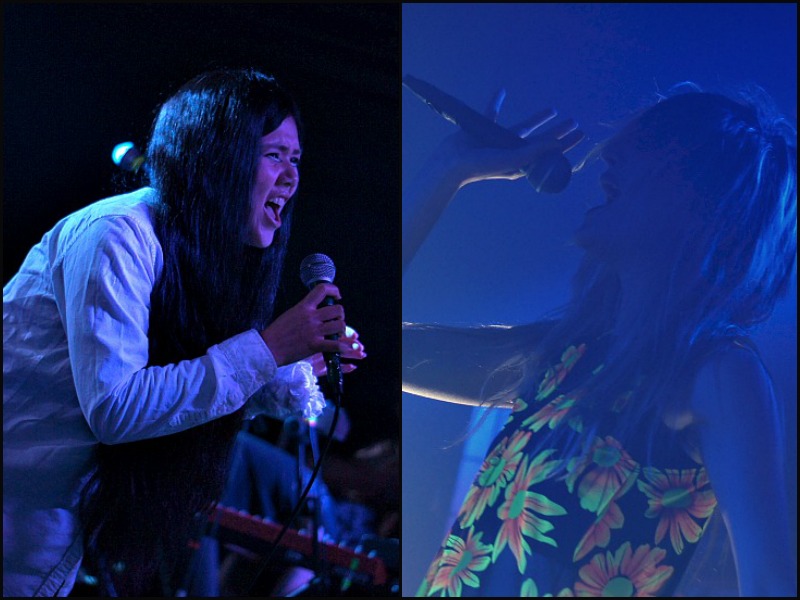 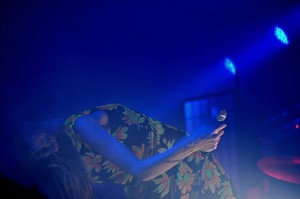 “It feels like Summer!” Io Echo’s Ioanna Gika exclaimed while perched atop the Riot Room stage in Kansas City. While it was indeed a warm and sticky Sunday night, inside it felt like blue heaven. The stage, musicians, and the audience were all bathed in blue light (and only blue light) while fog enveloped us all. This is one of the joys of watching an Io Echo performance. Whether performing on a large stage opening for big-name acts, or kicking it in cozier venues, they put an immense effort into setting the mood for their seductive and addictive dance music. The guitarists rhythmically bobbed their heads and flung their hair to the beat throughout the entire performance, while the intensely fashionable Gika shined thanks to her echoing vocals, captivating dance moves, and gorgeous, flowing hair. 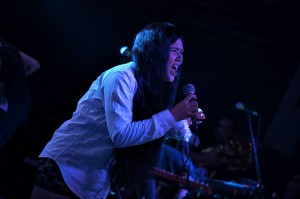 Brazilian boogie bosses CSS, which stands for Cansei de Ser Sexy (translates to “I got tired of being sexy”) really gave the Sunday night crowd their money’s worth when they ignited the Riot Room with an exciting dance party. The spunky singer sported incredibly long, wavy hair that was reminiscent of Janis Joplin, and flipped it wildly throughout every song while she lead the bustling audience in a series of lively numbers.

The crowd often sang along and it was easy to tell that they were crushing hard on this female lineup. The band was just as gracious, rubbing elbows with their fans prior to the show in a maneuver that fully took advantage of a performance in a smaller venue. This ensured good moods all around at the animated summer jam, and by the end of the show it felt a little campy thanks to the grins that seem to follow CSS wherever they go.