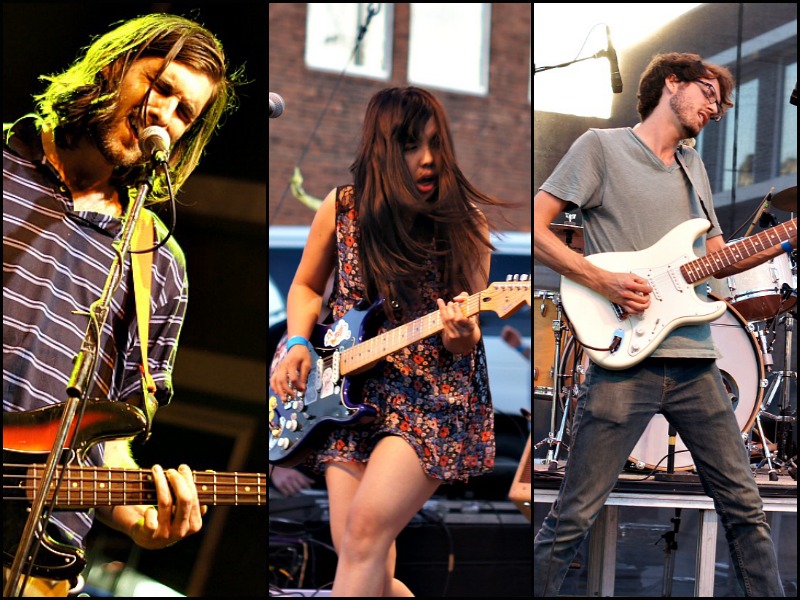 Summers are hardly lazy in these parts. It seems you can’t throw a rock without hitting a local music festival; and lucky for us every one of them, including Friday’s Crossroads Summer Block Party, is a winner. This was the second year for the Kansas City event brought to you by Golden Sound Records, and between the delightful lineup and the peachy-keen weather, it’s no wonder we were feeling good in the neighborhood. 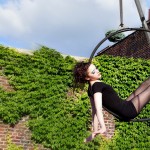 The night highlights the talents of several acts from the Kansas City and Lawrence area, including rockers Akkilles and Opossum Trot. Both bands kicked off the evening with loud sets that rang throughout the air and lured in First Fridays revelers. In between sets, the crowd was treated to visually stunning dancers who wowed with their athletic abilities when they suspended themselves from ropes and hoops hanging high in the air. 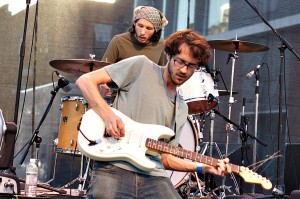 We couldn’t help but burst at the seams with pride when Oils rocked the stage. They brought that intense Lawrence flavor that you can only find on this side of the Kaw. Frontman Andrew Frederick is a musical genius like no other. There never appears to be limits to his work, and he is constantly coloring outside the lines while simultaneously playing with fire. In recent performances, he’s been pushing the envelope, experimenting with different variations of his songs. Friday’s performance was no different. We’ve heard the band perform their single “Duck” several times before, but on this night Oils gave it an entirely new interpretation that had heads turning as Frederick improvised on the mic (and on his feet). 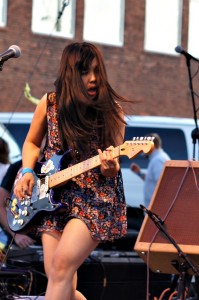 Millions of Boys, from Omaha, is a band that also deserves endless compliments. Their songs are catchy and shining examples of how to get all members involved on vocals. But the real attention-grabber is guitarist Sara Bertuldo, who fires up the stage with her infectious enthusiasm, mad wicked guitar skills, and head banging. It’s hard not to crush on this band when they bend over backwards to keep your gaze (and ears) fixated on the stage.

Hidden Pictures proved themselves as the purveyors of perfect pop with a set that introduced live renditions of their brand new songs off of the Sister Wife EP (just released last week). Afterwards, Shy Boys (who are really growing on us) showed off their Beach Boys-esque harmonizing that puts tense crowds at ease. Fullbloods had fans lined up right at the front of the stage, and even got the crowd to clap along by the end of their set. 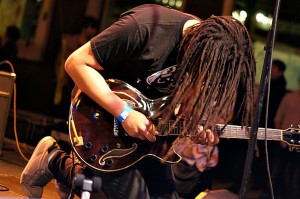 Cowboy Indian Bear rounded out the night of musical indulgence when they showcased several songs off their just-released (and very popular) album Live Old, Die Young. They showed Kansas City some of that camaraderie that’s so strong in the Lawrence scene when they invited Quiet Corral’s Isaac Flynn to join them onstage last minute to recall some of his guitar arrangements from their album release show.