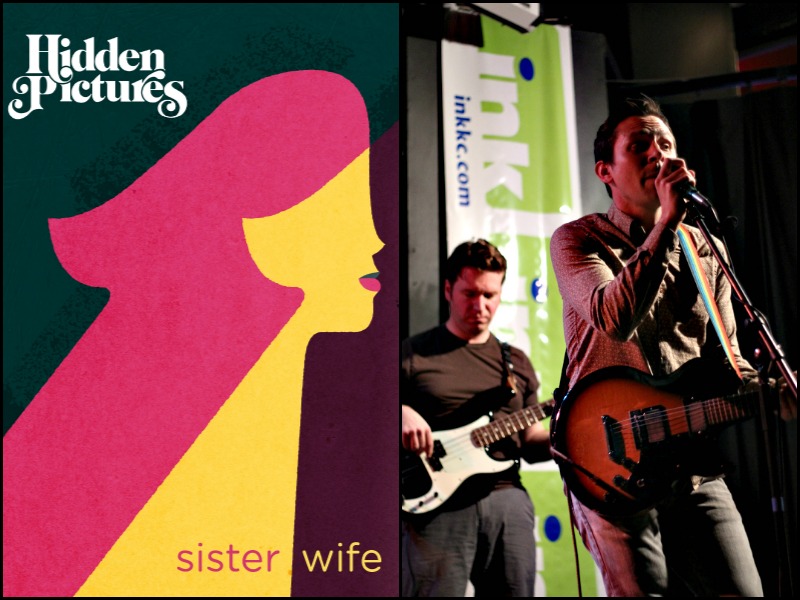 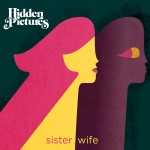 Three short tracks are what we get from the always wonderful Hidden Pictures on their new EP, and they pack a powerful punch. The jovial pop that is the band’s trademark (even now with a line-up change; label Golden Sound Records calls this incarnation of the group “version 3.0”) still remains at the front and center of Sister Wife, but the most striking feature is the goofy, sometimes darkly humorous lyrics. If you’ve read only the title of this article then I’m guessing you can sense the silliness behind the track “Sister Wife,” but what you have is a great pop/love song. Richard Gintowt and Claire Adams’ harmonies are beautiful; in the music video that I created in my head, I picture the band on a pier somewhere as fans swarm the beach to hear them play. The energy is carefree, the bass line thumps with the drums; it’s an all-around cool song. 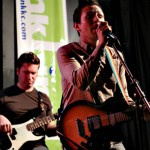 With “Girls Lie,” Gintowt lets his attitude get a little grittier, but not cruel. It’s an ode to the B.S. stories that get told in dating/relationships: “I didn’t want to write this song/I’d much rather be cooking you dinner/But you had to cancel our date/Because your hedgehog got a splinter.” The EP ends with the melancholy “Pre Madonna,” a devastating break-up song. In this short EP, Hidden Pictures gives us a fleeting glimpse of love; an exciting yet strange beginning, the troubles of maintaining a relationship, and finally the decay of it all. The EP’s tracks are great standalone songs, but together have a powerful story to tell. Gintowt’s lyrics are clever and charming, but what makes him dangerous is how surprisingly frank he can be when you least expect it. It’s a thrilling combination and a great tease for what’s next for the band.