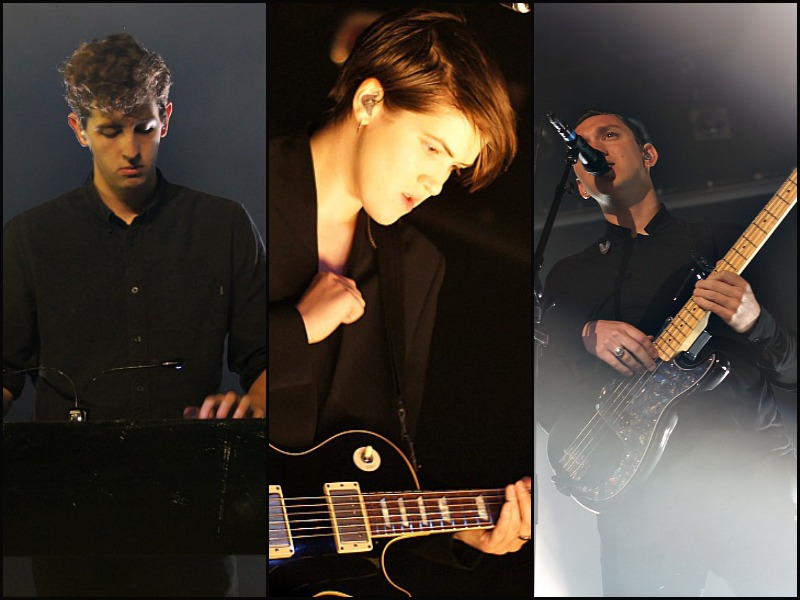 When The xx came out for their first show in Kansas City, their fans responded with bold liveliness. They filled the Uptown to the brim for what turned out to be a surreal and surprisingly high-energy dance party that will leave a very large footprint in the year’s concert scene. 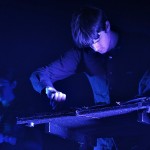 Hundred Waters started the evening with their intricate electronic stylings over jazzy beats. The pitch-perfect, crystal clear high notes from the vocalists won everyone over and were met with hearty rounds of applause. Their time signatures were like a labyrinth into a synth-heavy dream. 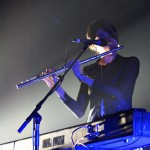 The multi-instrumentalists showcased their talents on instruments you might not normally see in a live electronic act, which is why it was a real treat to see the lead singer bust out the flute in between her Bjork-esque vocal stylings. You could tell that this is a product created by all members of the band equally. You couldn’t have one song with a member missing, all parts were woven together to create a perfect sound that left an intense impact on the stage. 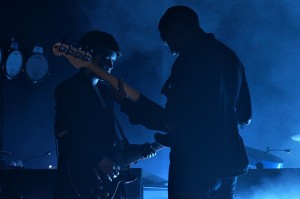 By the time The xx emerged in sleek, black suits with their baby-making music, the crowd was in full-on party mode. If you expected the same mellow songs you hear on the album, you were in for a real surprise. Every tune was made dancier thanks to the electronic stylings of Jamie XX. It was as though the band, eloquent and slithering around onstage, was playing dance remixes of their own music. The audience partied with vitality, and so did the band. Romy Madley Croft and Oliver Sim did a sort of flirty, onstage dance with each other, tangoing back and forth while holding their guitars. It was wildly thrilling, yet intensely intimate at the same time. It was so provocative, it almost felt like we were spying into someone’s private life. 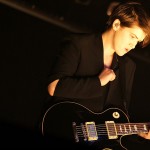 The evening was full of nothing but good tidings, and the hysterical cheering even prompted tight-lipped smiles of the normally stone-faced Romy. Kansas City was out in full force for this show (major props to the group scrunched up against the wall in the very last row of the balcony, they seemed to be dancing harder than anyone). The band was singing with such vigorous emotion, and their fans were feeling it hard. The longer the set went on, the dancier their songs became. So by the time the lasers (yes, there were lasers!) spelled out a giant “X” onstage, everyone threw their hands in the air in full, delightful exasperation and danced until the very last note hung in the foggy air.