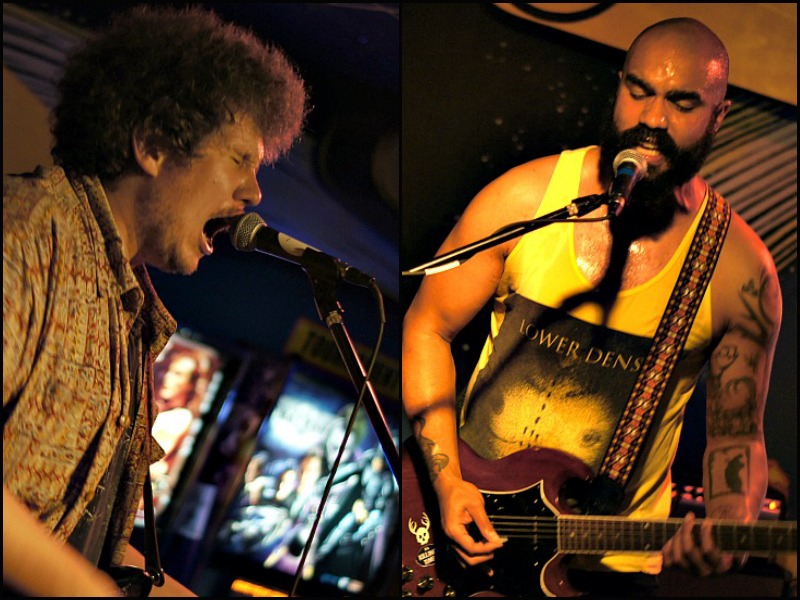 Lawrence is really just the best kind of music town because not even a storm keeps folks away from seeing good music.

Such was the case on Saturday when fans helped Kansas City’s favorite psych-rockers Bloodbirds kick off their tour with a an awe-inspiring show at the Replay. They teamed up with Lawrence’s Black on Black for the festivities, which means your hearing was destroyed good and proper early on. 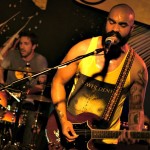 Black on Black is a band that wastes no time and immediately jumps into a high-paced, frenzied set. Even songs that start off sounding like they might be a slow and sweet ballad quickly change their tune in a “Gotcha!” moment no more than a few seconds in. The trio makes music that is intimidating as all hell, yet so maliciously inviting at the same time thanks to an energy and bellowing outbursts that lure you in. 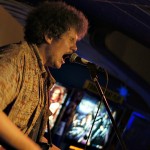 There are endless reasons to admire Bloodbirds. They released an LP on their own, their live shows are grand displays of stunning rock skills (we’ve head the term “mind-melting” used several times for this act), and the vocals from veteran screamer Mike Tuley are so perfectly jolting, you can probably hear them from the next block over. But in recent months we’ve noticed that with every show, Bloodbirds brings a little something new to the table.

The album is terrific, everybody loves it. But additionally, this is a band that understands how to help you see the appeal in attending a live show. They build on each performance and use their mad music skills to draw out the high points of their performance to make your experience more desirable. It’s brilliant, really. Giving you something to crave with each show is sort of a way to ensure that you keep coming back, kind of like a drug you don’t mind getting addicted to. Now it’s off to anxiously grind my teeth until they come back on June 28 to play Seedco.