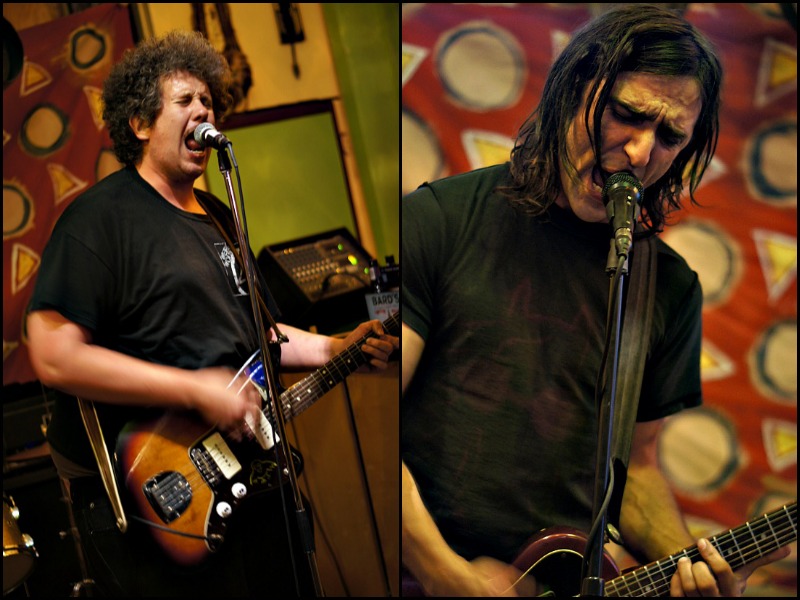 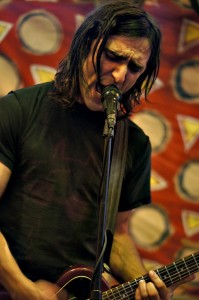 Love Garden was the noisiest place on the block on Saturday evening. The beloved record store hosted two of Kansas City’s loudest bands early in the evening for an in-store performance that destroyed your hearing, if you weren’t careful.

Nature Boys debuted a new song, playing it for the first time live. It showcased Suzanne Hogan’s seldom-heard but always-stellar and fierce vocals. The piece was brutal, with fingers flying on the frets from both guitarists. 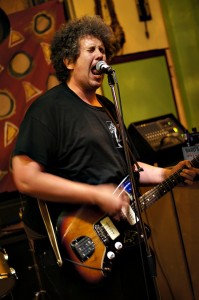 Bloodbirds followed up with a mind-melting set featuring music off their just-released LP and a few new songs as well. The vicious numbers filled every space of your head and quenched everyone’s theirs for blood.

The band has made incredible strides since its inception, and watching what the ever-innovative Mike Tuley does to his guitar is a joy in itself (sometimes it feels like he’ll beat it with whatever’s lying around.

If you didn’t get enough Bloodbirds at Love Garden on Saturday, you can catch them at KC Psychfest this weekend. You’ll be able to see a host of bands, including Lawrence’s Karma Vision and Y[our] Fri[end]. For more information on the event, and to see the full lineup, click here.