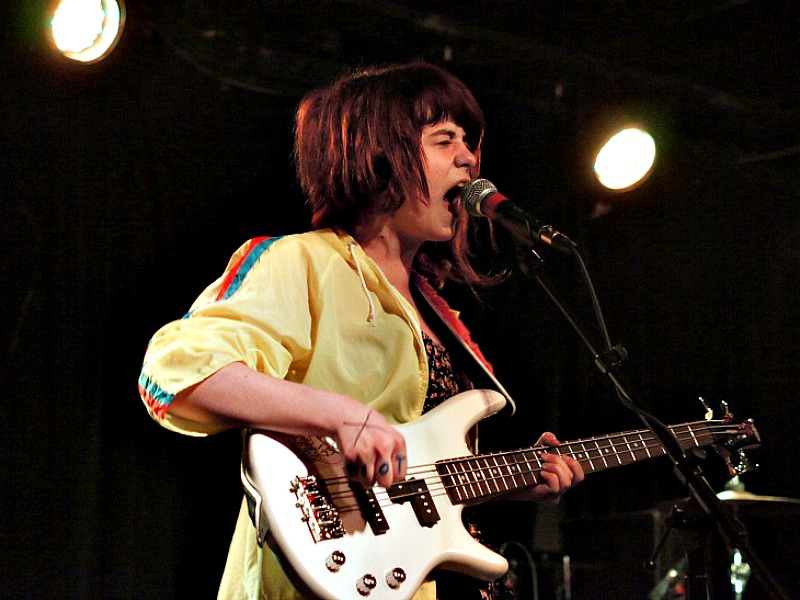 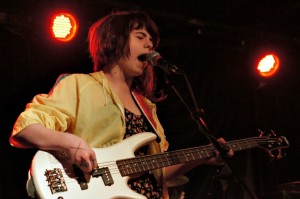 Music surrounds the lives of the girls behind the righteous rock group Skating Polly. When we talked to stepsisters Kelli Mayo, 13, and Peyton Bighorse, 17, they had just gotten back from an afternoon at their local record store in Oklahoma City, and were about to head to a Flaming Lips show. What seems like an incredibly enjoyable afternoon for any music lover was just another day for these Okie girls.

This week, the young rockers will be stopping by the Replay with their loud, aggressive, and angst-ridden sounds. It’s just one of many stops for the busy girls, who have been working hard and touring constantly in support of their latest album, Lost Wonderfuls (mixed by local boy and Flaming Lips drummer Kliph Scurlock). To group them into any rock category is futile, for these gals are Jacks (or Janes, rather) of all trades. For them, the performance trumps genre. “We’re not really a punk band, we don’t fit in a genre,” says Kelli, the guitarist, squealer, and wailer in this high-energy duo. “Usually our instrumentation is pretty simple, so now it’s been getting more complicated as we’ve grown as musicians. We switch up our instruments at shows, but I still think it’s pretty unique.” 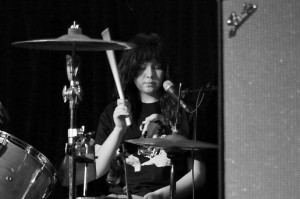 Unique is the name of the game for Skating Polly. While most kids were coming of age, the two found themselves in a household full of instruments and one day decided to take a chance at a Halloween party. “We talked about how we wanted to be in a band, and then on Halloween we were like ‘Hey, do you want to mess around?'” says Kelli. “It was kind of scary, because it was in front of all our friends, but it just felt natural. So after that we thought ‘Hey, we should be in a band.”

From there, the girls’ act took off. They’ve got years of touring experience, as well as a hefty amount of songs and music videos out there, and that’s all before they’ve become old enough to buy cigarettes. Kelli started noticing that their young age wasn’t what was getting all the attention when they went out on tour. “With Skating Polly, we get exposed. We get treated older. We get treated like musicians and not like kids,” she confided. “If it weren’t for Skating Polly, I would still be writing music or making art, but we can’t not create things, and one of our favorite things to create is music. That’s probably the main reason we’re in Skating Polly, because I feel like we have to create something.”

Peyton agrees, and says working in the band is teaching them more than just how to make it in the music scene. “It’ll help us out in a lot of aspects of our lives,” she says. “We actually have a pretty good future if we continue going with it. It’s teaching us a lot of things about life. We learn about new music every day, and I don’t think we would know nearly as much music. It teaches us a lot.”

Lost Wonderfuls just came out last month, but the two have worked hard to keep their recorded sound and their live shows noticeable and unique from one another. “It’s kind of cool for our recording sessions to be different than our live shows,” says Kelli. “It seems raw, it doesn’t seem artificial. It seems pretty real.”

There doesn’t appear to be an end in sight, either. The girls have their sights set high. “I don’t necessarily want to be on the radio, but I want to make a living out of this,” admits Kelli. “I don’t want to be huge, I want to keep going on tour, making records. That way, we can continue having fun with it… keep making music, always and always. Just always making music and never really giving up.”