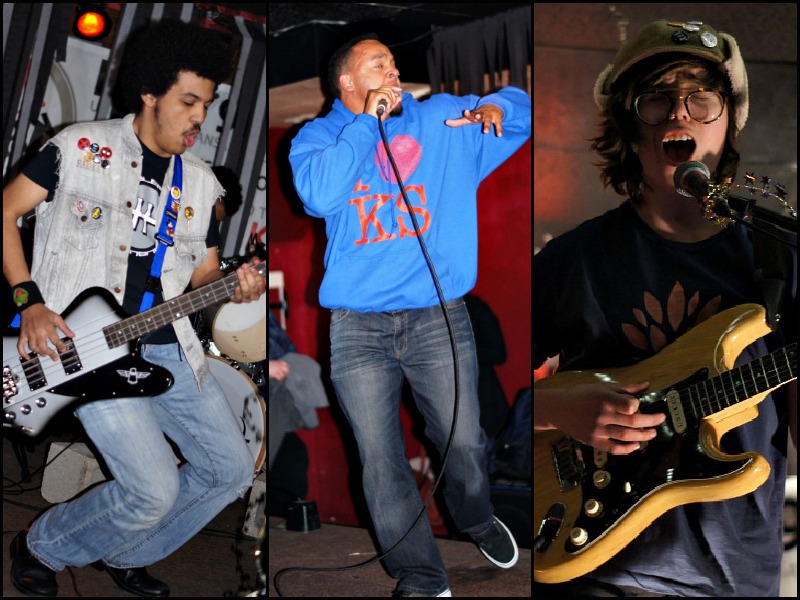 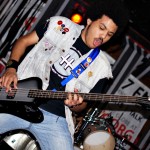 “We don’t care what chicks think of us, we sing about anime.” Isaiah Radke, one of the three brothers in Radkey, brushed off any notion of hipness when the band took the stage on the Jackpot’s first of two nights at SXSW Fest. The truth is, the brothers Radke don’t have to worry about girls at all. The women seemed to throw down the hardest on Friday night, proving themselves as dedicated fans when the punk rockers ignited a giant, shoving, partying explosion.

It helped that a killer lineup got everyone worked up. Y[our] Fri[end] impressed with her dramatic crooning. The performer had recently been experimenting with full bands, but went back to basics when she performed solo (turns out the crowd was pretty keen to the solo work). The Hips came armed with a host of old favorites and new songs. For many in the audience, this was their first time watching The Hips. We were told they made some new fans that night, as they should. 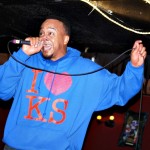 The world’s greatest MC / hype man / Sultan of Hip Hop, more formally known as Approach, may have been the biggest spark of the entire night. Ever the humble performer, Approach insisted “We’re just the warmup for Radkey.” His enthusiasm is infectious, and you’ll rarely find him onstage. The rapper, who stated his allegiance by donning an “I Heart Kansas” sweatshirt, enjoyed bouts of jumping into the crowd and dancing with the audience. “Put a hand up, we do hip hop stuff like this!” he demanded before spitting out a fast-paced freestyling fit.

It’s not just his talent (of epic proportions) that wins over hearts. Approach really is one of the most approachable artists in the area. He’s the sort of performer you can high five on our way to the back while he’s onstage. He speaks up as the most suitable ambassador for the Lawrence scene, constantly encouraging the work of those around him. He can wear that “I Heart Kansas” sweatshirt all he wants, but the truth is Kansas loves him right back.