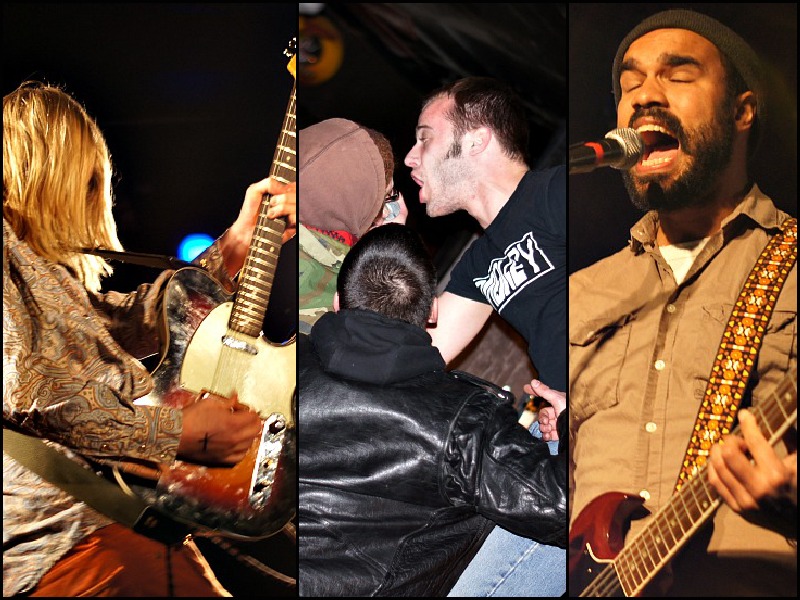 Sometimes the biggest mistake you can make is to start beef with a rock band. One rowdy KU fan learned that the hard way. 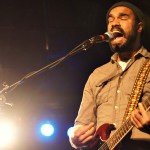 I Heart Local Music favorites Black On Black were the first of three bands in a killer lineup at the Bottleneck on Wednesday night. They had taken the stage during halftime of KU’s nail-biter of a game.

The band was only about three songs in when the half was over. A KU fan protested the band’s ruckus over the sound of the game, rushed up to the stage to yell at the band and threw his hands up in the air. The bad boys in Black on Black responded appropriately by playing even louder (and longer) while their fans heavily encouraged them by demanding more songs. “This is a rock club,” said the frontman. “A rock club with a TV.” The set was short (to happily oblige the venue and their game-day crowd), but completely worth it. 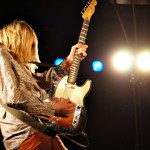 Scruffy and the Janitors, out of St. Joseph, Missouri, waited out the double-overtime before beginning their set. Rather than worrying about leaving in time to get back to their home base in Missouri to beat the impending snow storm, the rockers put on a hell of a show that was longer than expected (despite starting late). Scruffy and the Janitors are a young band with a lot of spunk. The bassist’s voice is mature beyond his years, and when you hear those killer guitar riffs and see that blonde hair flying all over the place, it’s hard to believe the band had X’s on their hands. Even their “songs about nothing” sounded good. They frequent Lawrence, so keep an eye out for their return. 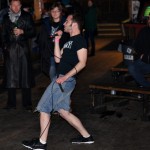 Never a disappointment, Stiff Middle Fingers rounded out the night the best way a room full of people giving the finger to the oncoming snow storm can. We’re quite fond of the vocalist, who we’ve seen scale walls, tables, and even people in the past. Wednesday night was no different. He rarely spent time onstage, and generally strutted about the place like an extra drunk and cocky rooster. 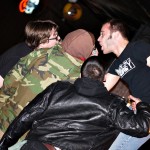 Stiff Middle Fingers performances are a bit of a paradox. On the one hand, you have this intensely rowdy band that damn near tears the place apart. But on the other hand, you feel an immense sense of love and pride when you see their dedicated fans at the front of the stage, show after show, screaming all the lyrics into the mic with them. Rock and roll doesn’t come from your heart, it comes from your crotch. But every now and then, it feels like the two are connected.