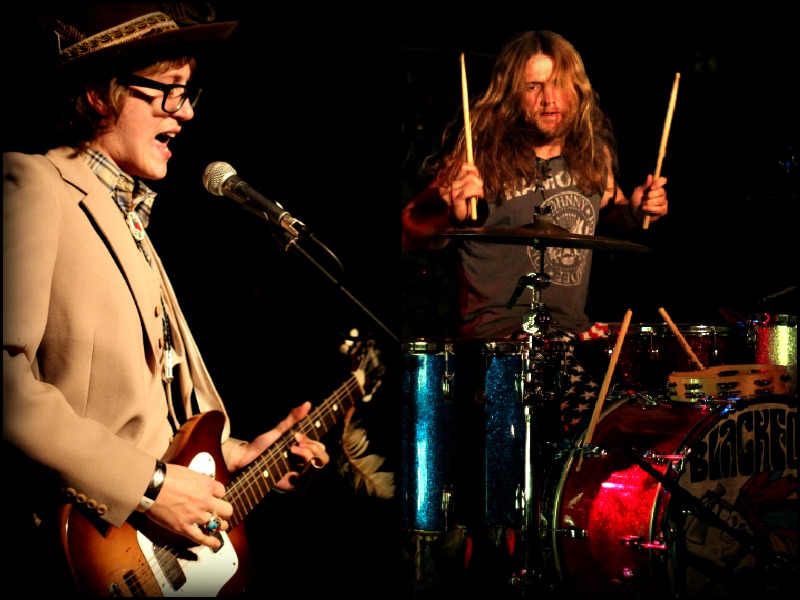 I know in most situations it is wrong to judge a book by it’s cover, but in the case of Blackfoot Gypsies I would say it’s a safe judgement to make. 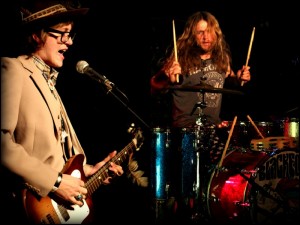 Saturday night at the Bottleneck this fiery two piece took the stage and they were dressed to kill. On the left stood vocalist/guitar destroyer and sharp-dressed man Matthew Paige. With feathers in his hat and hanging from his guitar, he was on day three of six consecutive days in his vintage three-piece suit. To the right, percussive madman Zack Murphy donned a sleeveless Ramones shirt and what appeared to be some slim-fitting American flag print pants… and this is why I say it’s safe to judge – you take a relic of Americana and throw in the raw power of classic punk and that’s exactly the sound coming out of the Nashville duo.

The songs are honest and in your face. In track one of their 2012 album “On The Loose,” Paige confidently suggests “I don’t know about you, but I feel like makin’ love” – and when he puts it that way, you’re not really going to say no, are you?

In this local scene of reverby garage rock, the classic blues rock sound these two put out was a pleasant change of pace. The set was rock solid and Paige’s slide-guitar riffs nearly ripped me in half. It’s that roots rock feel that really reminds you what rock and roll was about. It’s carefree, offensive and crass. If I were in Blackfoot Gypsies, I know for sure my dad would be proud. Now make yourself proud and check them out:

Also playing that night was local trio Up The Academy, whose set was even tighter than their spacing on the stage, and St. Louis duo It!, who opened with a Britney Spears song, so you know they came to get down.