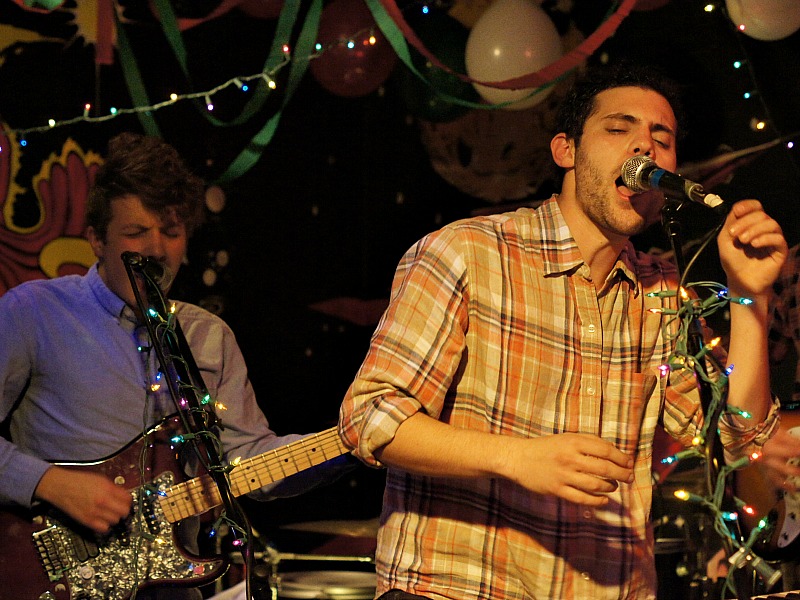 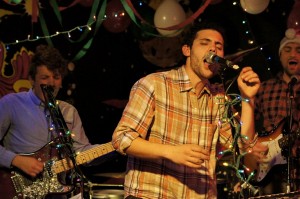 Everyday/Everynight is a very lively group of rockers out of Kansas City, and on Saturday night they showed off their moves (and some new tunes off their upcoming record) when they played the Noise For Toys benefit show at the Replay.

The band features an all-star lineup of area musicians, including familiar face Mat Shoare (of The Empty Spaces). Anymore, it seems you can’t swing a dead cat without hitting something he’s involved with. 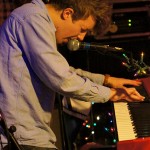 Everyday/Everynight likes to rock out and play (very) loud, even when crowded onto a small stage like the one at the Replay. They did get plenty of people moving with their fast-paced tunes, but what impressed us most was the versatility of this band. One minute, they’re belting out dancey numbers and flailing about the stage. Then suddenly, they’re standing still, crooning, and floating through a beautiful ballad featuring a falsetto voice.

Because there are so many lively performers in the band, everyone’s a comedian. They were constantly cracking jokes and whipping out one-liners as soon as a song would end. They were very talkative with the crowd and with each other, and one couldn’t help but sense that this is a band that truly enjoys each other’s company and loves performing.