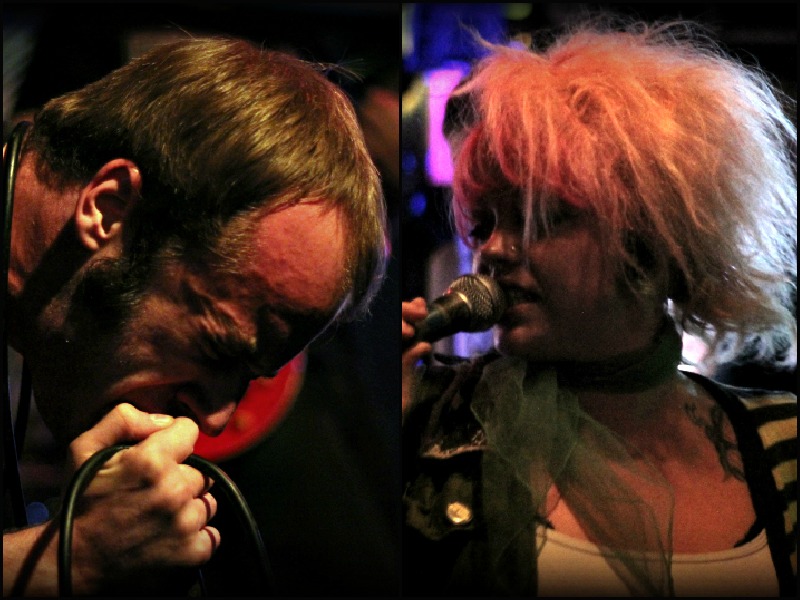 Things got rowdy at the Replay on Saturday night. 69 Noses kicked things off. A four-piece punk rock explosion based out of Wichita with a classic punk sound that will hit you right below the belt. At times their vocalist got tired of the stationary nature of the Lawrence crowd (as do I) and decided to leave the stage, mic in hand to start kicking ass and throwing people around. It was a refreshing site in a town where it seems as though the floors must be so dirty that people are actually stuck in place and cannot react to the raucous garage/punk music that we are so lucky to have in such abundance.

Up next was the local favorite Stiff Middle Fingers. Starting as a cover band, they are now fresh out of the studio (Cameron’s basement) and have released a killer EP. Growing from the roots of the punk classics, their original tunes pick up right where the legends left off. Another vocalist not afraid to leave the stage, Travis Arey, is a fiery frontman. Making full use of his 50-foot mic cable, he actually exited the Replay and continued the song by yelling the vocals at the unsuspecting patrons of downtown Lawrence.

The final band knew how to keep it simple so I’ll try to do the same. Mr. and the Mrs. is a self described two piece “punk/garage/trash” outfit that is only capable of delivering one thing: raw fucking rock and roll. It’s primitive, it’s dirty – it’s perfectly unrefined. They rounded out the night perfectly. If you ask me, punk is alive and well in Lawrence, KS.