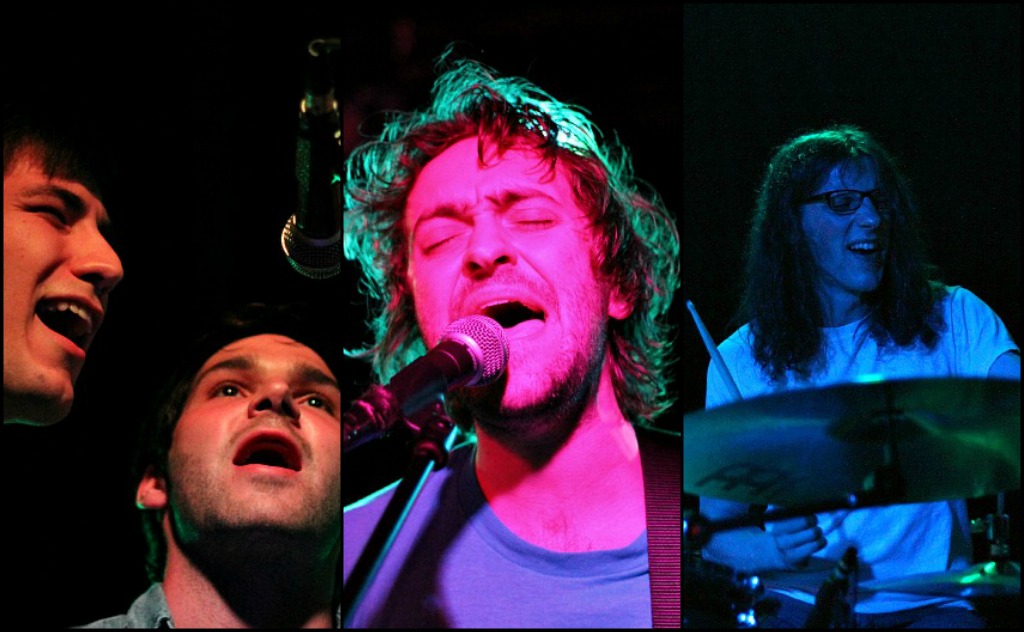 Middle of the Map Fest kicked off in Kansas City on Thursday night. Photographer Mitch Jones was on hand at the Riot Room to capture some photos of Hospital Ships, Quiet Corral, Parts of Speech, Hooray For Earth, and Old Canes.

The first night of the festival was local-heavy. Quiet Corral had just arrived back from tour, and brought their meticulous performance, impressive a cappella arrangements, and signature “drum party” to the stage. Catch video of Quiet Corral after the photo gallery below.

During their soundcheck, Hooray For Earth asked if they could be “drenched in reverb.” The Brooklyn-based band provided plenty of spacy, reverb-heavy vocals and songs rich with synthy goodness. The audience gave such an adoring response that the band played extra songs not listed on their set list. I was wondering why the lead singer’s guitar was so taped up, and now I know why. At the end of the night, he chucked his guitar across the stage, hitting the bass player, and sending beer flying everywhere. It was not an onstage meltdown, but more of a comical stage stunt that brought out squeals and cheers from the audience.

Scroll past the gallery to watch the video of Hooray For Earth.