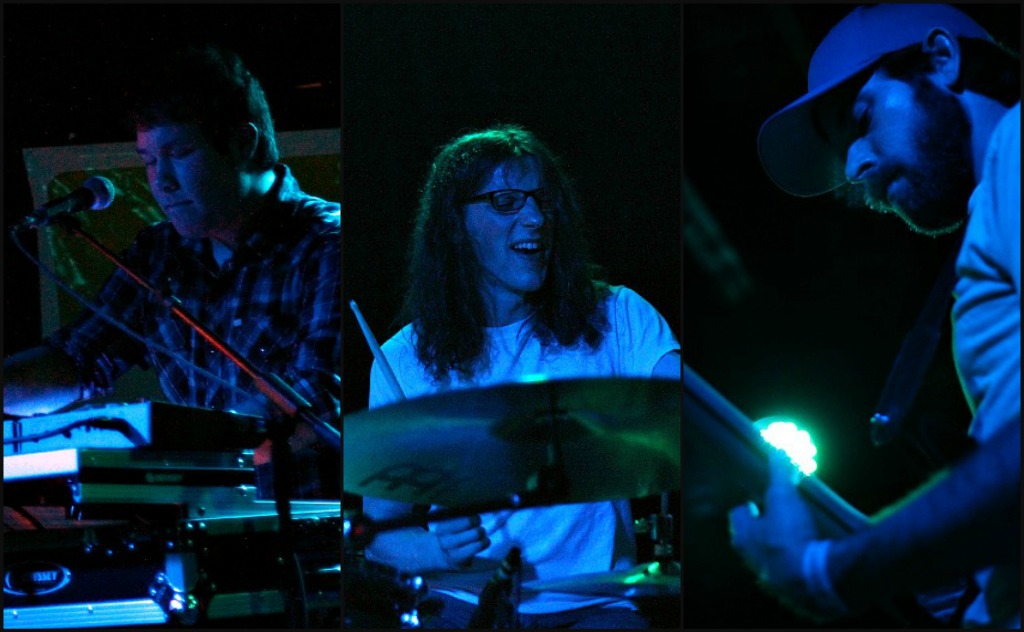 Editor’s Note: Nicholas Stahl is a local musician who has offered up his take on Kansas City’s Middle of the Map Fest. Here are his thoughts on the first day of the festival.

We are only one night into Ink’s second Middle of the Map Festival and I am already exhausted. Don’t worry, it is a good exhaustion. My Thursday night consisted of synths, dancing, technical difficulties, debauchery, unexpected friend sightings and incredible sets. All in all, I would say it was a pretty killer evening.

As I wandered into the Riot Room, I heard some familiar sounds as I encountered some friendly faces. Immediately I put on the biggest smile of the day… up to that point. The rascals from Lawrence, Quiet Corral, were just finishing up their set. A thunderous drum line roared off the stage to conclude what I’m sure was a heartfelt, harmony-filled dance party. I continued to run into so many people I did not expect to see so soon: former and current members of so many local legends, Appleseed Cast, Minus Story, and Drakkar Sauna. Sure, all of those bands are rather musically incestuous but some of the members have moved on into family mode; it was really great to see them back out in the scene for such an awesome event.

Once I finished my first round of greetings, the next band took the stage. As they introduced themselves, the mixture of reverb vocals and the mumbling floor of potential new fans made it a bit difficult to hear. I heard someone next to me turn to their friend and inquire, “What’s the name of this band? Hearts of Speech?” As they began playing, the ambiance set in. I didn’t really know what to expect as the synths and guitars began sweeping over one another creating these beautifully dark loops. Maybe they would be drone heavy, maybe it would be dancy; much to my surprise, it was a wonderful combination of both. Someone in the crowd described the experience as, “The Donnie Darko soundtrack on cocaine.”

The horde of people who all seemed to be far too tall, mainly because I couldn’t quite make it to a good spot on the first tier on the floor, began to sway their hips as their heads began to nod. The pulse of the crowd seemed cult-like. I melodically rocked back and forth, waiting for the kool-aid to be passed around. “This is it”, I thought to myself, “this band has entranced us all. What will they do to our bodies and souls?” Without warning, we were all saved by the drums. Dance beats cut through the steady synths, breaking into wonderful crescendos of drum fills as cymbals crashed upon waves of loops. Random dance parties would break out throughout the crowd, which seemed to be isolated, yet self-enjoyed, incidents.

The crowd snapped out of their teetering daze with a round of applause, and I took a moment, then a step backwards. Finally able to gather and process all that I had just experienced and the emotions flooded my mind and body. Regardless of how anyone else felt about the set, it made me realize why I do the things I do. I thought to myself, “Live music rules!”

Lawrence native to bring a whole lot of Fun. to KC's Middle of the Map Fest