Lawrence native to bring a whole lot of Fun. to KC’s Middle of the Map Fest

Lawrence native to bring a whole lot of Fun. to KC’s Middle of the Map Fest 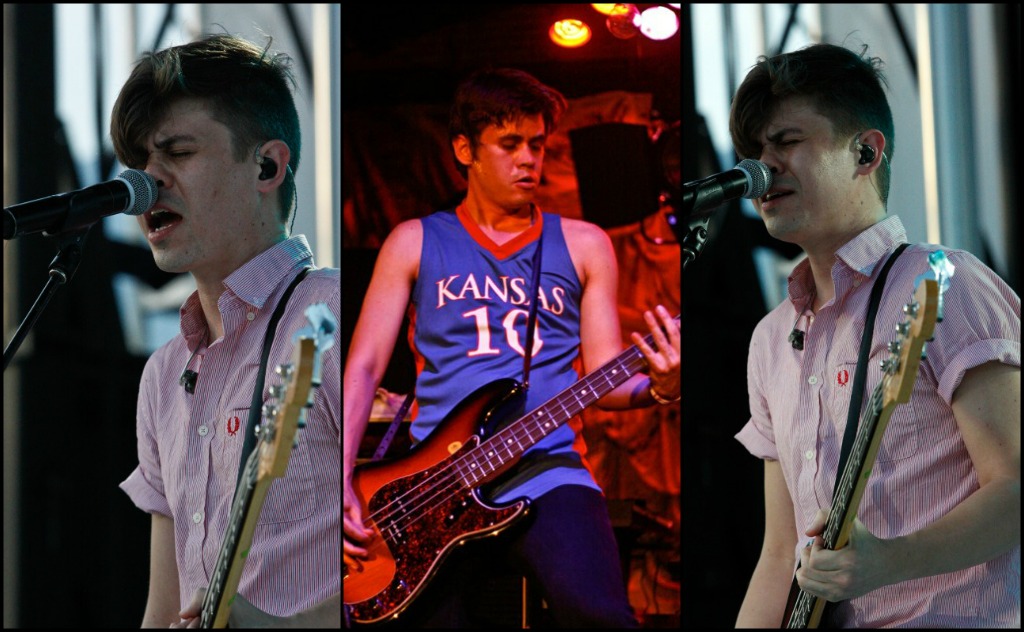 FacebookTweetLinkedInPin
There are a lot of reasons to go see Fun. at Middle of the Map fest. They put on an excellent live show and they have a hit single sweeping the nation right now— but no other reason is more important than supporting a local boy in the band.

In the last year, Lawrence native Nate Harold has been on a spectacular journey while playing bass for the band. It included massive tours, television appearances (watch him on Conan below), and festivals such as SXSW.

Harold has been a familiar face in the local music scene for nearly a decade, starting in 2003 with the band Kelpie. The group was born out of a project Harold started before he was old enough to drive, but blossomed into a popular indie band in Lawrence. After playing with Koufax, he found himself on double duty on the road, playing with both Waking Ashland and Kelpie at the same time.

Like most musicians, Harold developed a love-hate relationship with the job. After a few tours, a brief stint in California, and a band breakup, he almost called it quits. “I moved back to Lawrence, I was like ‘I hate this, I quit music.’ I was going to sell my stuff,” says Harold, who admits staying away from music didn’t last for very long. “I got a nine-to-five job, and pretty much the first day I was like ‘No, this is not going to work.'”

Within two weeks, Harold was back at it and headed to Brooklyn to play with The Honorary Title. That’s where he met Fun. frontman Nate Ruess. The meeting almost didn’t happen. “Nate just called me and was like hey, let’s meet at this bar, some bar I’ve never heard of. I got lost, I was 45 minutes late,” says Harold. “We started talking and hit it off. At about 2:00 a.m., he texted me, I got the job, and I’ve been doing that ever since.”

For the rest of this year, Harold’s schedule is absolutely full thanks to Fun. The band will be caught up in a tour that spans Europe, Australia, Japan, the United States, and the U.S. festival circuit— and that’s all before November. He calls it the “never-ending tour.”

“It’s feast or famine, so I will not complain at all,” says Harold. “And if I do complain, I will keep it less bitchy. There’s nothing to complain about.”

But before the hectic schedule begins, Harold is headed back to Lawrence for an entire week (an eternity, in touring-musician time) this May. Harold still keeps a residence here, and intends to keep it that way. “This band tours insanely hard, so when it’s time to separate, it’s a nice thought for me to be able to go to my own place with friends I’ve known forever and places I’ve always gone to,” says Harold. “I don’t know if I’m going to stay there forever, but for now, for this current situation I’m in, it’s awesome. Lawrence is always going to be home to me.”

Harold’s Lawrence pride is infectious, and this weekend he’ll be showing off his hometown. The band managed to snag a day off after Middle of the Map fest, and Harold insisted the day be spent in Lawrence. “We’ll definitely be invading downtown Lawrence that day, and I can’t wait,” he says. “The easiest thing to do to impress people who haven’t been there is to take them to Mass Street.” Harold then started to count off all of his favorite downtown hot spots, like The Bourgeois Pig, Zen Zero, Richard’s Music, and Love Garden. “You don’t see record stores that are that amazing everywhere. That’s a special place.”

When Harold can’t seek comfort in the Lawrence scene, he’s finding it on the road. He’s found a knack for touring and interacting with the communities he finds himself in. “A few years ago, when I had the idea to quit music, I just felt like I didn’t have any drive to do anything else,” says Harold. “I feel this is my strong suit. Not only playing music, because touring is so much more than playing music. You have to get along with people, you have to socialize, not get in anybody’s way, you have to adapt to new situations all the time.” Harold admits that staying in one place for too long isn’t something he’s ready to do. “I guess I thrive off that constant motion, constant change,” says Harold. “I’ve been touring since I was 19, and I’m 31 now. Another side of me thinks that just happens to be what I’m good at.”

Harold’s not the only member of Fun. with longevity in the music scene. Frontman Ruess was previously in The Format, and other members of the band spent time in Anathallo and Steel Train. “Everyone in this band has been in bands for a long time. Everyone’s pushing ten years of touring and slugging it out,” says Harold. “This is what we’ve all been working for; we’re just trying to enjoy it. If the schedule’s hectic, that’s a very small price to pay for all the hard work in the past.”

See what their hard work has amounted to this Saturday when Fun. takes the stage at the Beaumont Club at Middle of the Map fest in Kansas City.

Bonus clip: a video we shot way back in 2004 of Kelpie performing at the Jackpot:

Freak out like it's 1992: Unicycle Loves You coming to Lawrence, KC