Middle of the Map Fest: Day 1

Middle of the Map Fest: Day 1 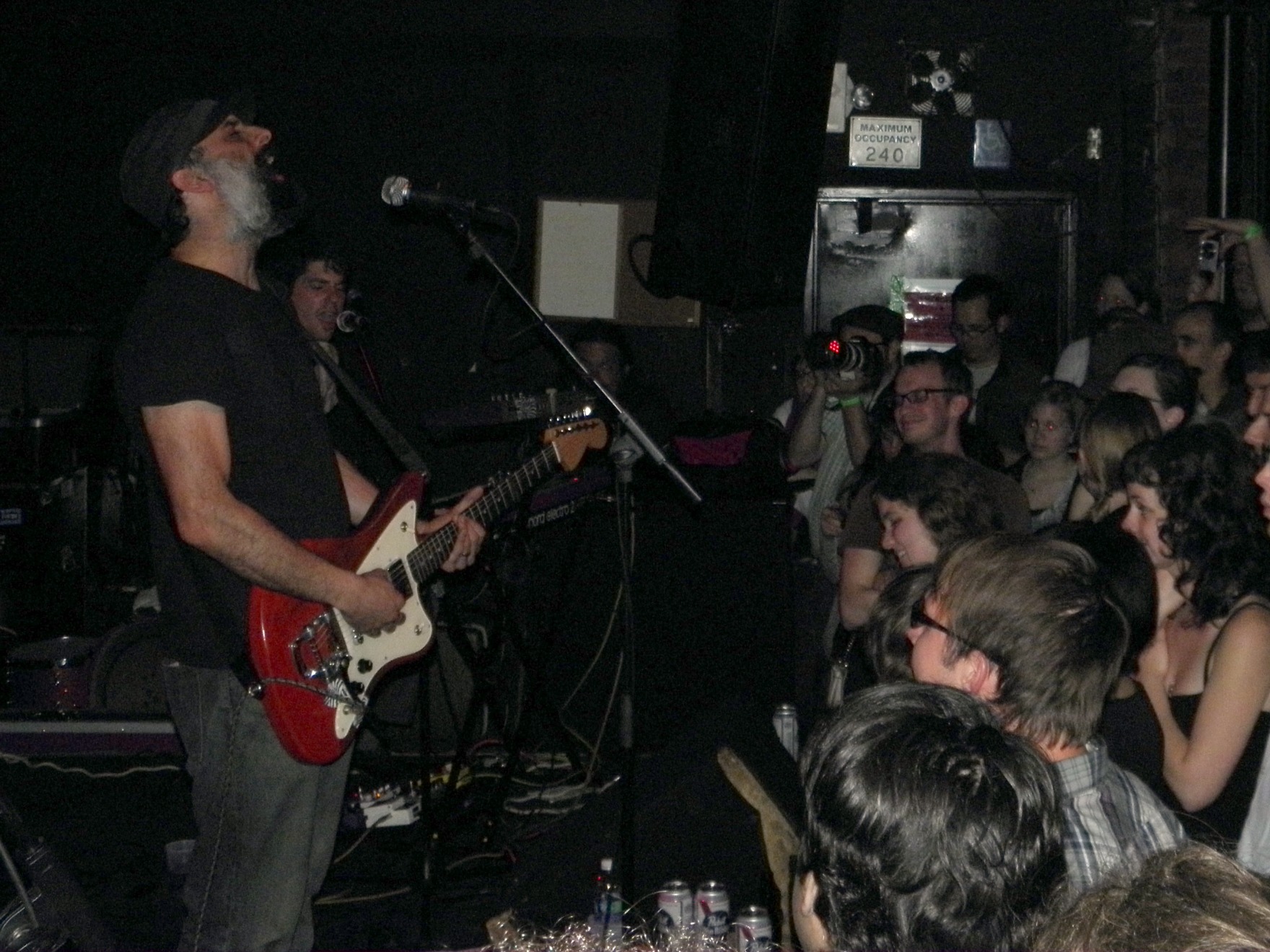 We knew it was going to be a fantastic night when we arrived in Kansas City to find Lawrence peeps as far as the eye could see. Dozens of bands, most of them local, were set to take the stage at four venues in Kansas City for Middle of the Map Fest. We spent our night at the Riot Room, mainly to catch the fantastic reunion of the Casket Lottery.

We were sad to miss Spirit is the Spirit, but will look forward to them playing in Lawrence soon.

Minden was up next. The novice band is actually made up of a few veterans, including Casey Burge, of Kelpie fame. Drummer Ryan Johnson got the crowd more than pumped up with his hilarious antics. “Who’s having a good time!” he blurted out excitedly. “It’s not even 9:00 yet, who’s drunk?! Wooh!”

There is no funner drummer to watch than Ryan. The wild eyed showman spends his time flipping his wild red mane about, occasionally holding his drumstick in the air triumphantly. And there’s always that alluring beard of his…

This was only the band’s sixth show, but the fantastic writing combined with beautiful spot on singing is more than enough to keep you coming back. Congratulations, Minden. You are awesome.

Chicago band A Lull took the stage by storm if for no other reason than their massive amount of drums. This band was by far my favorite surprise of the night. There were two drum sets, and each member of the band had a drum or two in front of them. At one point, four (count ’em, FOUR) members were banging on the drums.

Lately I’ve been annoyed with how most bands take on the “dueling drummers” act, but A Lull pulls it off wonderfully. Every beat in every song has a purpose. Watching A Lull perform means immersing yourself in beautiful, spacey vocals over a wall of steady beats and guitars that are heavy on the distortion.

The band has a new record coming out on Tuesday, but we picked one up and gave it a listen after the show. The live performance is definitely not reflected on the CD. While the album is beautiful, you should really do yourself a favor and catch them live, because it is most definitely a treat. This is the most exciting display of percussion you’ll see in a band of this nature.

Right before The Casket Lottery started playing, one of the members shouted “Holy shit, check out how old we got!” It was a good sign that the band was well aware of their heavily-anticipated return to the stage.

In true Kansas fashion, storms started up. The rain was pouring down hard, and lightning crawled across the sky. Honestly, there was no better backdrop for The Casket Lottery. The sky lit up outside the wide windows of the Riot Room, and the band made their triumphant return in front of an absolutely packed audience.

The Casket Lottery did not disappoint. They played some new songs, and of course the old favorites brought out the very best in the crowd.

The crowd had finally thinned out a bit, but the Riot Room was still packed enough to the point where you knew only the truest of Appleseed Cast fans were in the house.

There really is no better way to end the night than with an Appleseed Cast set. They’re the type of band that helps you wind down for the night without leaving you completely down. And if you’re tired enough where you can’t catch their entire set, you know they’ll always be there for you soon.

Bravo, Middle of the Map organizers. This was one stellar lineup.

Middle of the Map Fest: Day 2