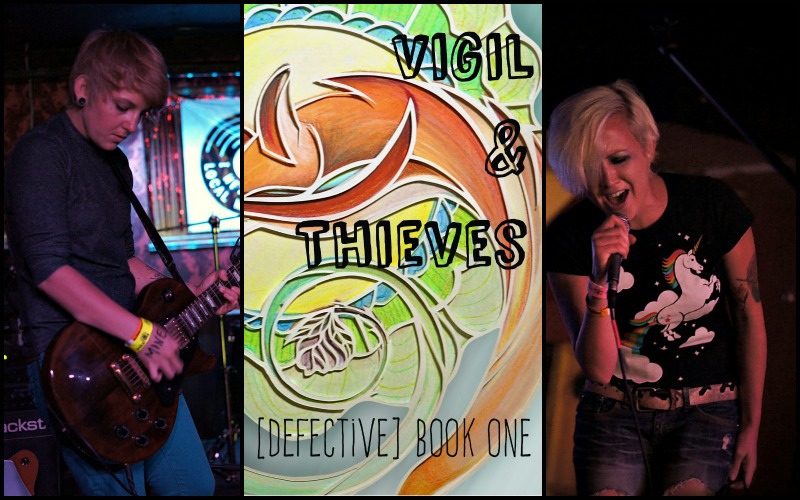 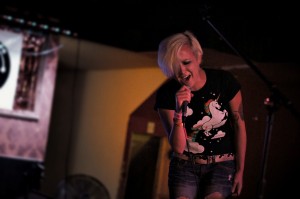 Vigil and Thieves’ record [defective] book one, begins with crystal clear stunner “Melt” where the vocals are an intense force blasting throughout the album. Part prog-rock and a little emo revival, what makes Vigil and Thieves sound so distinct is how grandiose it is. For a three piece band, they sound like they could fill the largest stadium with their emotional rock and roll. Even sparse guitar opens on “Happier” and “Timfinity” build to epic strumming and solos. The drums race along with incredible keys on “Made This Up” and all the instrumentation supports the magnificent vocals. In all six tracks, the lead vocals give [defective] book one a heartbreaking heaviness.

Vigil and Thieves’ masterpiece on the record has to be “This Is Moving On.” The track never lets up on the energy; the “quieter” sections feel like the band is on the verge of smashing everything in their path. You can believe (and maybe relate) to every word of pain in the lyrics. And that’s Vigil and Thieves truest strength: their genuine approach to the material. It doesn’t sound fake or tongue-in-cheek. This is a band that is spilling their guts and in their bravery, maybe we will too.

Favorite Tracks: “Made This Up,” “This Is Moving On,” & “Timfinity”