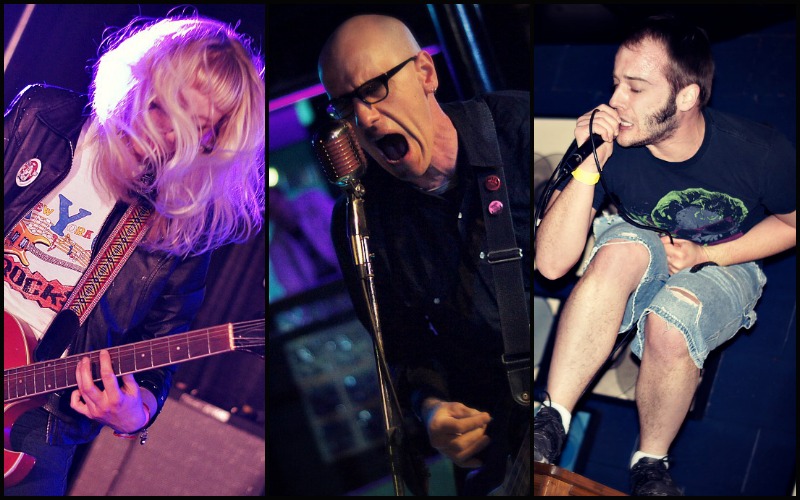 It’s a pretty good time to be a punk in Kansas City. Bands are growing and landing shows, a new venue has solidified a home for the rockers to conglomerate, and even a couple of festivals have added a bit of successful order to the disorderly. This includes the upcoming Vandals Summer Kamp Fest, a gallant three-day affair hooking dozens of local and touring punk acts together at Vandals, 3740 Broadway in Kansas City. 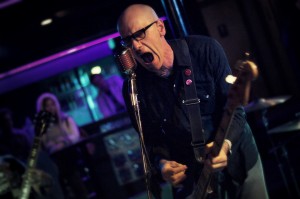 Red Kate is one of those bands set to headline the event. Like their peers, the musicians in the clamorous group are enjoying the current strength of punk in Kansas City. But it didn’t come without some work. After spending most of the 90’s on the West Coast, the band’s frontman (who refuses to go by anything other than L. Ron Drunkard) decided to return to KC and resurrect an old three-piece in 2006. But a string of tribulations, including lineup changes and a stroke that left a guitar player in recovery for months, didn’t let the band release an album until just recently.

Now, with an album and a recent split with the Bad Ideas under their belt, Red Kate is ready for action. After an inspiring couple of years from the punk-infused Center of the City Fest, the idea for Kamp Fest was born. “Center of the City is almost entirely local bands. They wanted to actually get more regional stuff,” L. Ron Drunkard says after indulging in the impressive number of touring acts listed on the festival’s roster. “Center of the City proved they could do it. People showed up three years in a row. So we thought we could do this and have a good turnout.”

More Stable Than A Basement 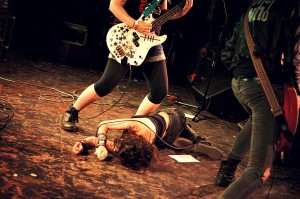 Festivals like this don’t appear out of thin air. It takes time for a community to show enough support for an idea such as a punk rock festival. The music was there. Bands like Red Kate, The Bad Ideas, All Blood, Black on Black, The Rackatees, Stiff Middle Fingers, Nature Boys, and more kept pretty active. But there needed to be a centralized hub for all this ruckus.

The venue, now a staple of the punk rock diet, only recently opened and immediately provided one thing you don’t really see too often in the scene: stability. “It’s good to have a place that’s stable that bands can get to,” says Drunkard, joking that the venue is “more stable than a basement place.” Vandals has consistently treated both local and touring acts fairly well. “No other bar in town pays all the door money to the band. With house shows, you’re trying to get people to donate a few bucks.”

The venue has also been a relief to anyone who’s ever played a house show while on the road. “Kansas City has house shows all the time, but they’re not publicized. They want to keep the cops away, or the squares away. You don’t advertise these shows,” says Drunkard. “If you’re in a band, I’m glad it’s a cool place, but fuck that. I need money. Your next show is five or six or ten hours away. You need gas money.”

Venues like Vandals can also be blamed for bands like Red Kate finding a new audience. “It’s fun because it appeals to people a lot younger than us now,” admits Drunkard. “Our friends are too old to come anymore. You can’t play to people in their 30s and 40s all the time, because they won’t support bands. The fact that we can still appeal to kids in their 30s or 20s and have better crowds than we ever had is great.”

There really isn’t a reason why the always-younger punk audiences shouldn’t like Red Kate. Their songs are a thrilling movement propelling forward (writer Nathan Cardiff once described their style as “an all out drag race off a cliff”), displayed via a solid performance backed by years of experience. The energy is there. The volume is there. You’d be lucky to even make out the lyrics at Red Kate shows when the guitars get as loud as they do. They’re not in it for the fame, they’re in it for the fun (and fun always wins). “I think we’ve all given up any hope of being rock stars. That dream, if we ever had it, is long since gone,” says the band’s frontman. “If we can afford to put out a record and get out of town every now and then, that’s what we want to do.”

Red Kate won’t be getting out of town this weekend, but they will be joined by all their out-of-town friends at Vandals Summer Kamp Fest Friday through Sunday. You can see the full, three-day lineup below and RSVP to the Facebook event here.