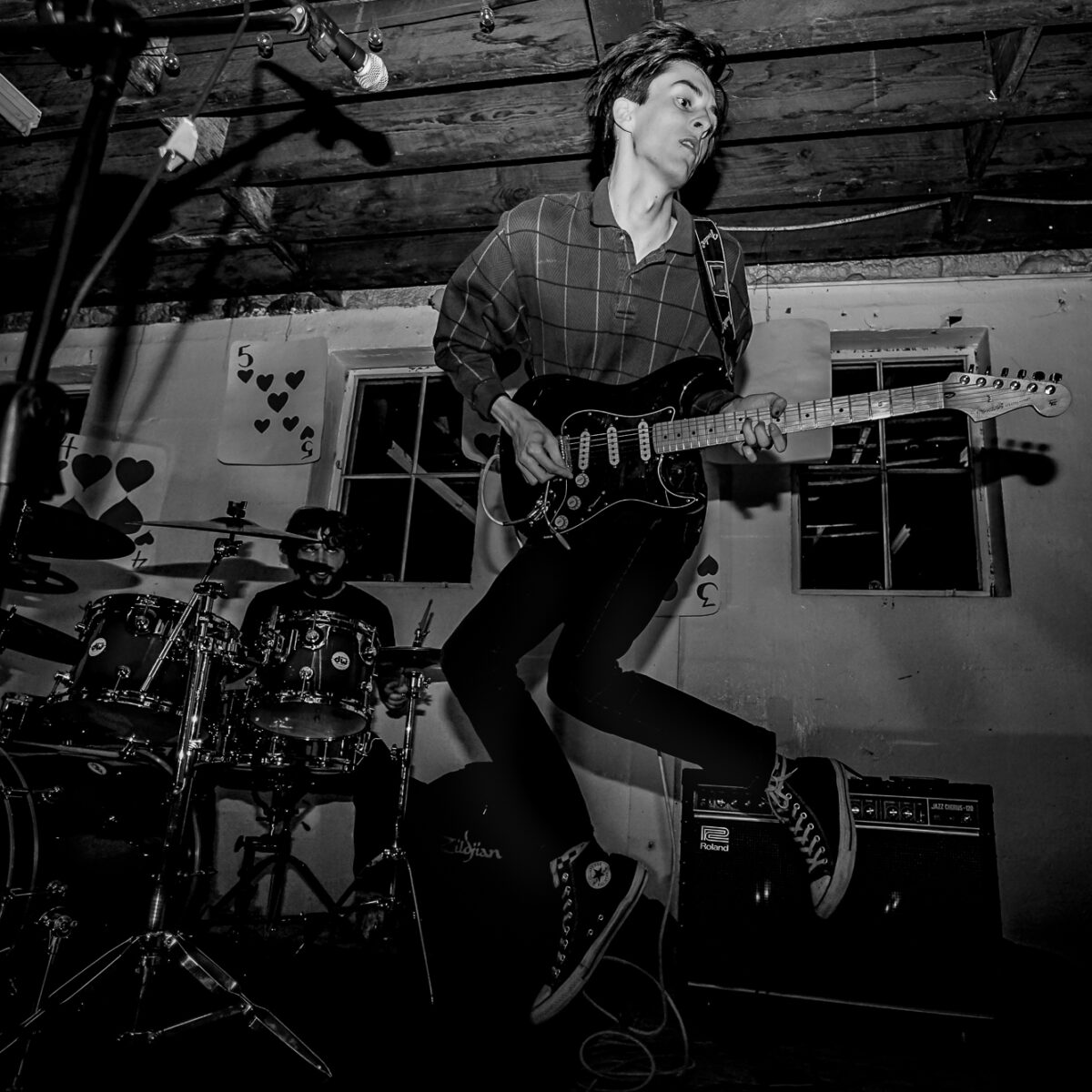 The DIY spirit was alive and well at White Schoolhouse on Friday, as fans disregarded stunningly frigid temperatures and opted for a rowdy show inside a heatless venue.

June Henry kicked off the night with a throwback to early aughts emo, while Liney Blue (filling in for Mellowphobia), brought a gentleness to the night. Big Fat Cow followed with intense indie energy, but it was Jackoffs who absolutely tore the house down. The pandemic put a bit of a pause on rowdy, youthful, punk acts– but they’re starting to emerge this year. Leading the charge is this out-of-their-wits trio, who conjure up all the fun the crowd could muster (and then some). Jackoffs have already been a big hit in the house show circuit (it is I Heart Local Music’s policy to not identify homes that host house shows in order to keep landlords from retaliating), and in recent months they’ve been hitting the venue downtown. They end every set just wrecking their gear, slamming it into the ground (and slamming their bodies into the ground), pounding guitars on the ceiling, and flailing off into oblivion. Jackoffs are Lawrence’s newest can’t-miss band.

Listen: Til Willis & Erratic Cowboy release "Grinding of the Stars"