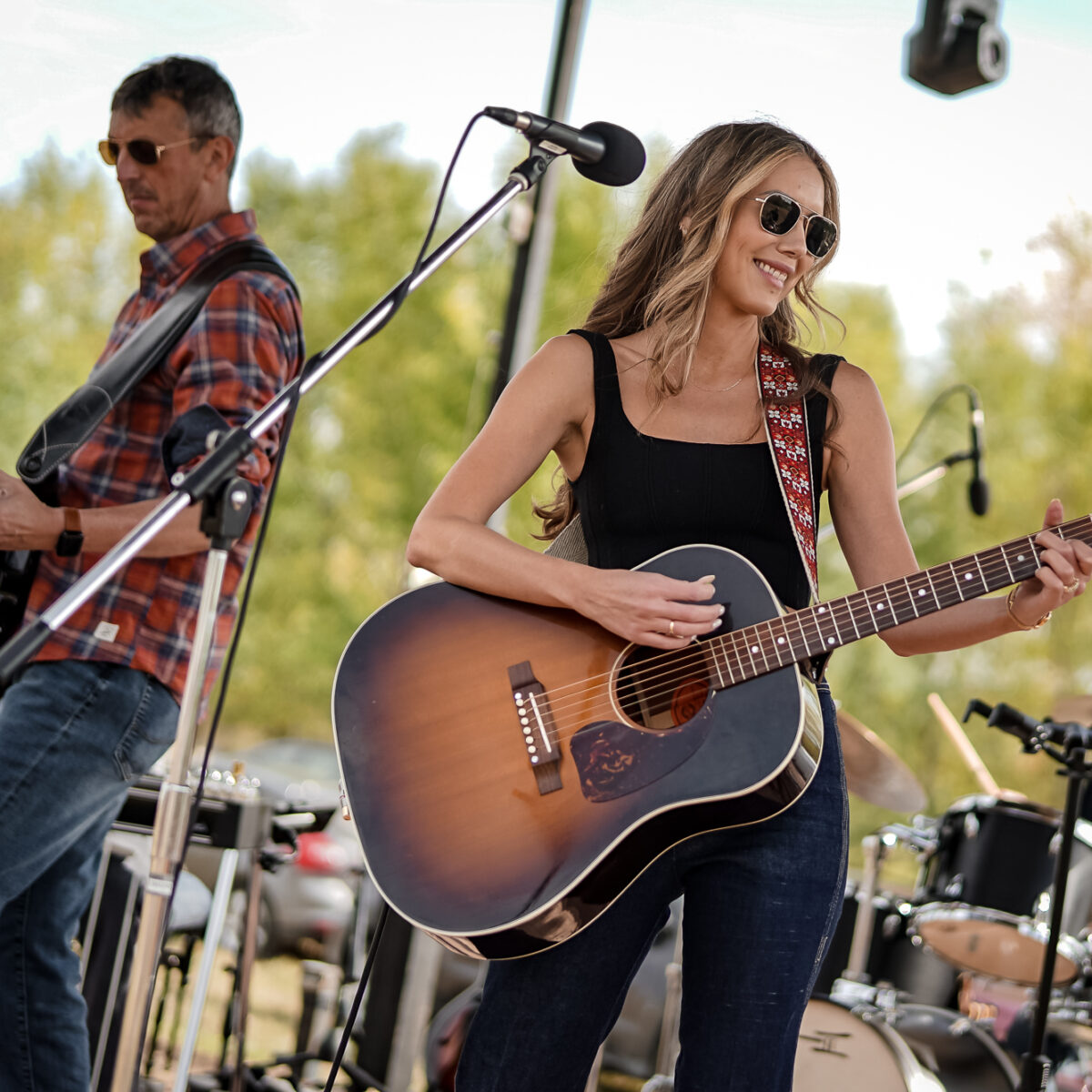 Really, having too many shows to go to is a good problem to have.

Lawrence, Kansas, is a music town… the best damn music town on the planet in our professional opinion (and it is our profession). So it’s no surprise that we came face to face with a Saturday so jam-packed full of live music, we didn’t know which one to go to. So we went to all of them.

Rocktober is definitely in full swing, with many tours coming through the Midwest this month. But Saturday really belonged to the locals, as the community had their pick of a number of local-heavy events.

We started the day with Great Plains Art and Music Festival. This was a 12-hour music festival featuring only local acts, which is an impressive feat considering how difficult it can be to coordinate even just a couple of bands on any given lineup. Nestled in Sesquicentennial Point (over by the dog park), the festival overlooked Clinton Lake under partly cloudy skies and perfect weather. Food and art vendors lined one side of the park, with the stage sitting at the other.

We caught bits of The Roseline and Maria the Mexican, and the lineup would later feature an array of genres ranging from funk and dance to heavy metal and hard rock (where else are you going to see SUNU and Godzillionaire on the same lineup?). Performers and acrobats with The Last Carnival helped entertain the little ones while music rang out the entire day. We noticed that while most festivals usually only allow 30 to 40-minute slots, this one generously gave bands at least an entire hour for their sets.

Later in the evening, a free street party invited folks to enjoy a louder affair. As part of Sunflower Bike’s weekend of Belgian Waffle Ride activities, The Get Up Kids took to the stage on 8th street between Mass and New Hampshire. The race, which runs on Sunday, was preceded with two nights of live music (G. Love and Special Sauce played Friday night), but this was the one free event. A couple hundred fans came out and patiently waited for the band, and all was wrapped up by a decent hour.

Over at the Bottleneck, we had a good-old-fashioned rock show featuring Frogpond, The Whips, and The Sluts. This was a pretty good lineup because Frogpond drew older fans from “back in the day,” The Sluts brought out modern-day scenesters, and The Whips pulled in the whipper snappers from the student crowd. The students really seem to be into bands that have more of that funk vibe (including Khan The Band), and we overheard one concert-goer refer to The Whips as the next “Band That Saved The World” (who, coincidentally, played the Great Plains festival earlier in the evening).

And because no matter how your day goes or where you spent it, everyone always ends up at the Replay. So our night rounded out with a rowdy punk set from Red Kate, who played alongside Sarkatha (replacing On Holiday and Iron Guts Kelly, originally scheduled).

Despite our very busy schedule of live music, the day was sorely lacking a hip-hop show (though Approach was on the Great Plains Art and Music Festival lineup) and a visit to North Lawrence venues, but it goes to show that there’s usually something for everyone in Lawrence. This was just a random Saturday during a busy concert month, and we made it out to four events, all of which were reasonably affordable (and two which you could bring the family out to).

We snapped just a few shots from each event, and you can see those below: