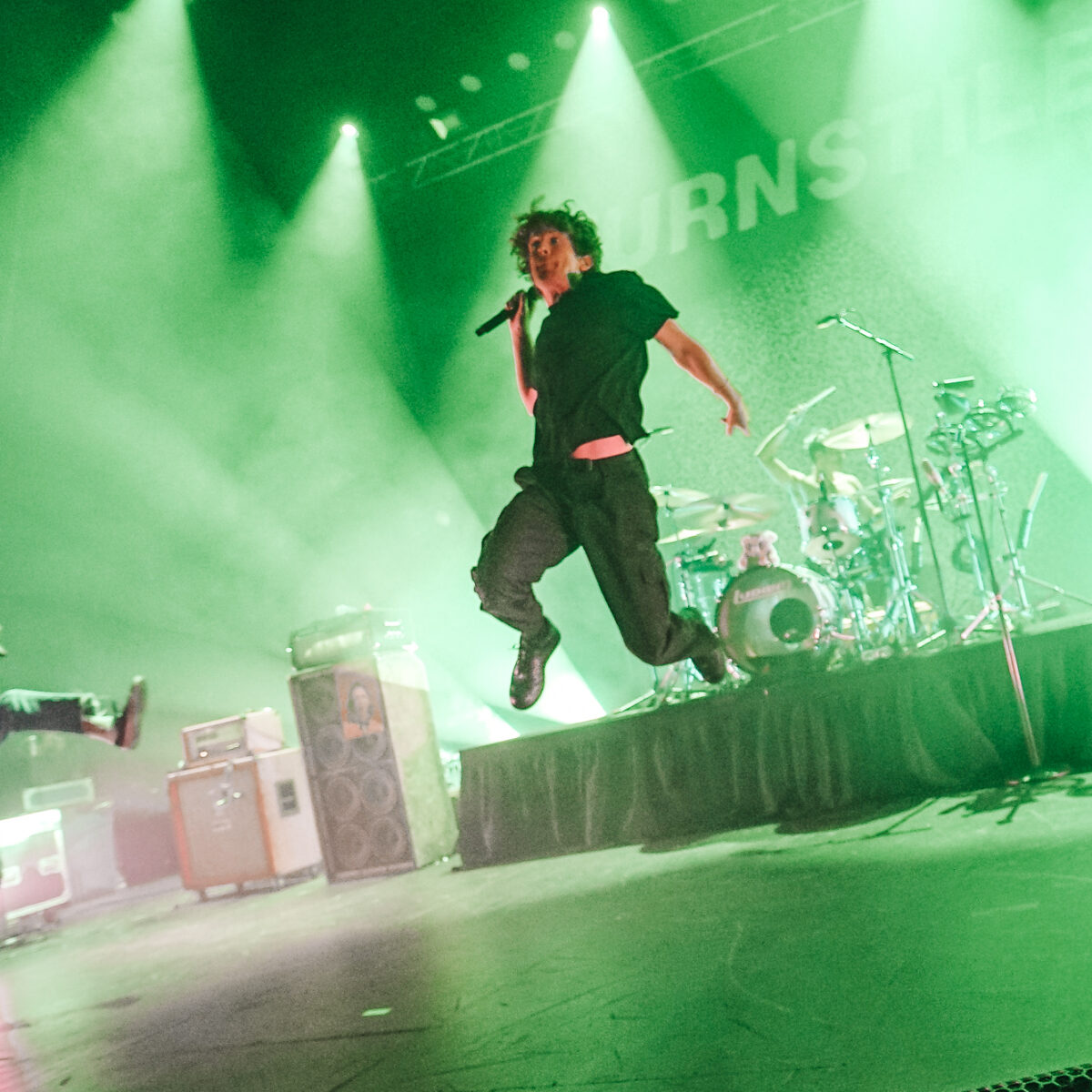 Turnstile is a hell of a band to watch. The Baltimore rockers are continuing to do things we rarely see from active bands. It feels like they’ve toured every day, nonstop, for nearly two years (with a hefty amount of dates still remaining), selling out their shows in what feels like seconds, and bringing an unheard-of stamina to their performances. They are both musically and physically skilled, flying across the stage for just about the entirety of their shows. Think about how many dates they’ve played in a row with that energy.

This was the case on Tuesday night at their sold-out show at the Uptown in Kansas City. They erupted with fan favorite “HOLIDAY” and went stronger and faster from there, except for a cool-down moment with “UNDERWATER BOI,” when Brendan Yates took to one of the balconies for an a cappella rendition of the song. This moment had the entire audience in sort of a kumbaya moment, swaying with their hands in the air, singing along in harmony, when moments ago they were throwing down hard in the pit– a dynamic audience for a dynamic band. Today’s rock fans have a wider range of emotions, and that’s reflected in Turnstile.

Yes, Turnstile is a hell of a band to watch. But their fanbase is one hell of an audience to participate in. They bring a sort of positivity to the hardcore scene, and there’s a gleefulness about them when they emerge from the crowd soaking wet with sweat, running into the hallway to re-tie their shoes before diving right back in (despite many of them losing their glasses and phones to the floor). Turnstile doesn’t just put on a good show, they give their fans an unforgettable and unifying experience.

Their momentum and stamina was matched entirely by JPEGMAFIA, who had the energy of about five punk bands but held down the fort solo onstage. It isn’t fair to call the rapper experimental when it feels more like a rapport with his fans (they just get each other). Rounding out the eccentric lineup was opener Snail Mail, who delighted indie fans with their return to Kansas City.