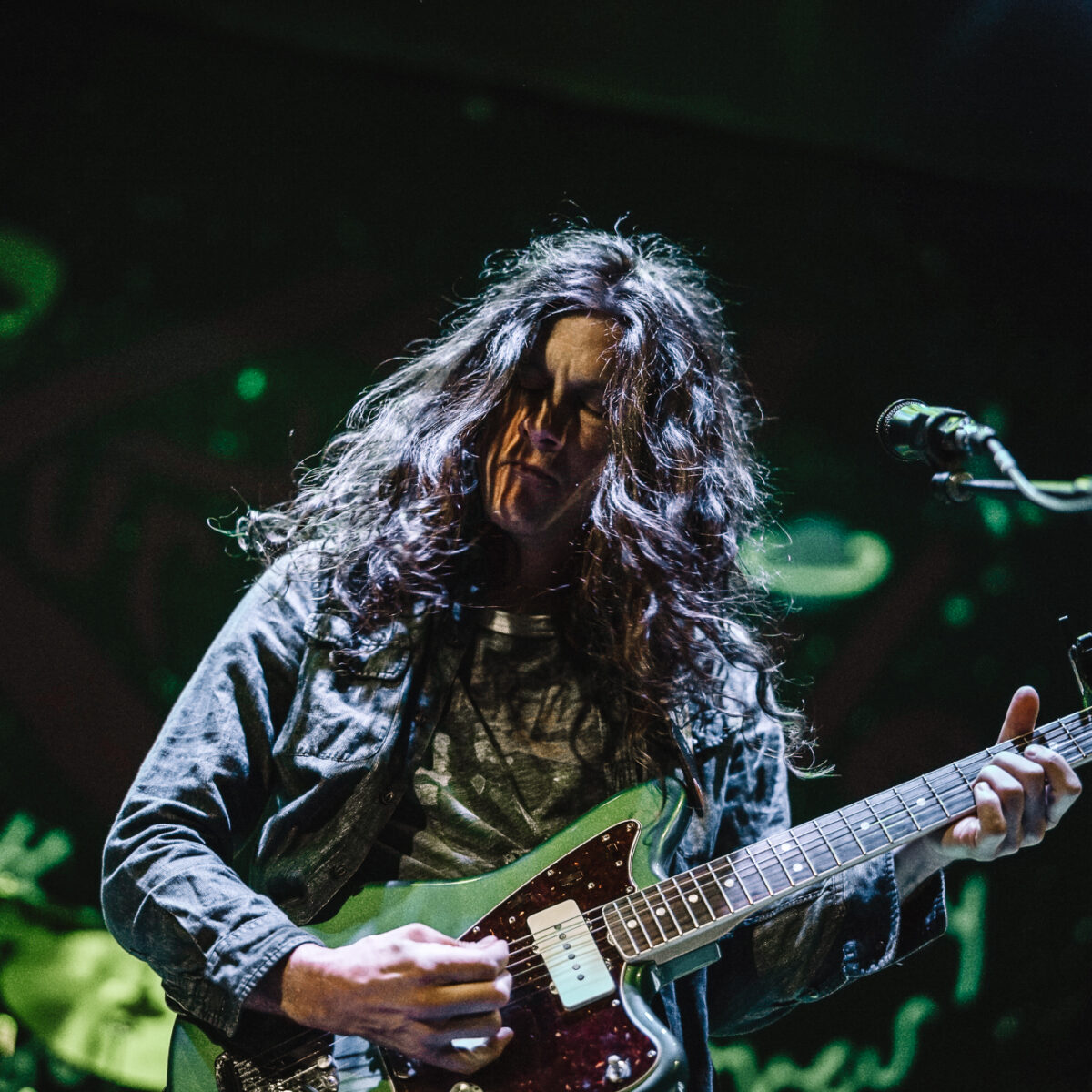 It’s not every day we see an audience absolutely trickle into a show, but that was to be expected when the king of chill vibes stopped by Liberty Hall. Kurt Vile played a very Kurt Vile show, with fans eventually packing it into the historic venue (at the speed of snails) on Wednesday night. When they finally arrived, they were treated to plenty of guitar noodling and Vile’s signature twangy drawl. He came toting plenty of songs from his latest album, (watch my moves), his ninth (ninth!) studio album– but also pulled into his extensive discography for the setlist.

He was joined by equally chill Julia Shapiro, of Chastity Belt, who contributed to (watch my moves), and last made an appearance in the basement of White Schoolhouse four years ago.