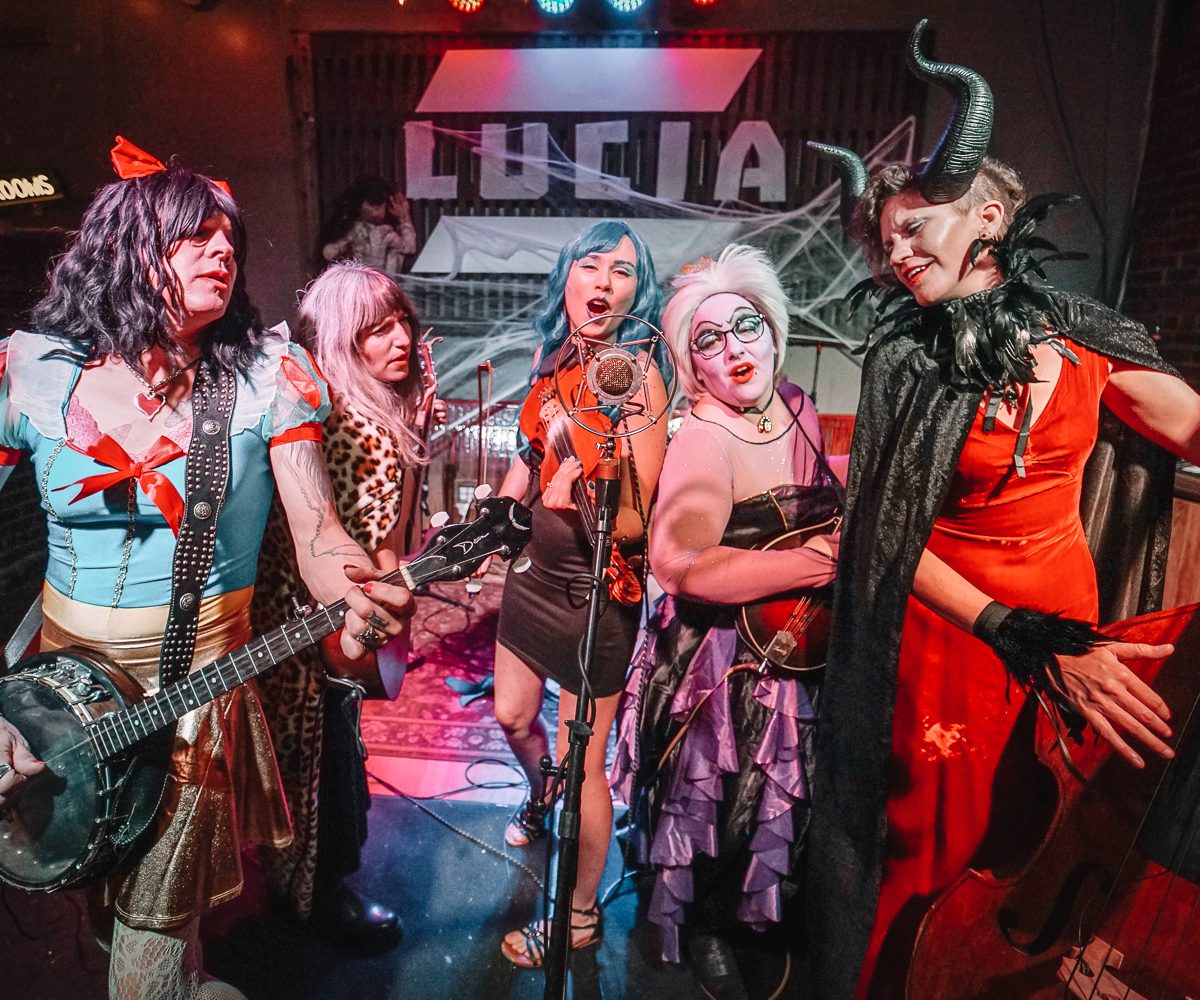 Welcome to Halloweek! Because Halloween falls on a Monday, it feels like we have an extra long weekend of shows leading up to the holiday. We’ve dug through the massive lists of expertly-listed shows (which is actually just us screwing around on Facebook) and found a host of ways to get your spooky on. Here are the Halloween-themed events leading up to the big day.

This is the second year Lawrence’s rowdiest bluegrass babes have thrown a Halloween get-together, and we’re pretty excited to see this again on the calendar. Last year, the band’s costumes were so well-done and the night was a gleeful affair. Unfit Wives are a roots band, but they’re also a party band, and nobody parties like these gals.

It looks to be a family-friendly event due to early set times and kids getting in free. They’ll be joined by Womanish Girl and Plead the Belly out at Venue 1235 in North Lawrence.

For those of you ready to rock, The Bottleneck is hosting a local lineup full of punk heavy-hitters. Lizard Brain Trust is sort of an ensemble of musicians from previous punk acts (featuring members of Dead Girls, Stiff Middle Fingers, and Podstar). They’ll be bringing along Gemini Parks, Late Night, and Local Darling.

Well well well, if it isn’t our old friend: CHAOS. Last year’s Halloweekend show featuring Horned Wolf was one for the books. It was outrageous! A face full of metal! Nonstop headbanging! Sick guitar solos! And some guy’s hair got caught in the ceiling! Halloween is when the metal bands tend to come out and howl at the moon, so this will be a can’t-miss show, whether you’re into metal or not. Shows like this are for everyone.