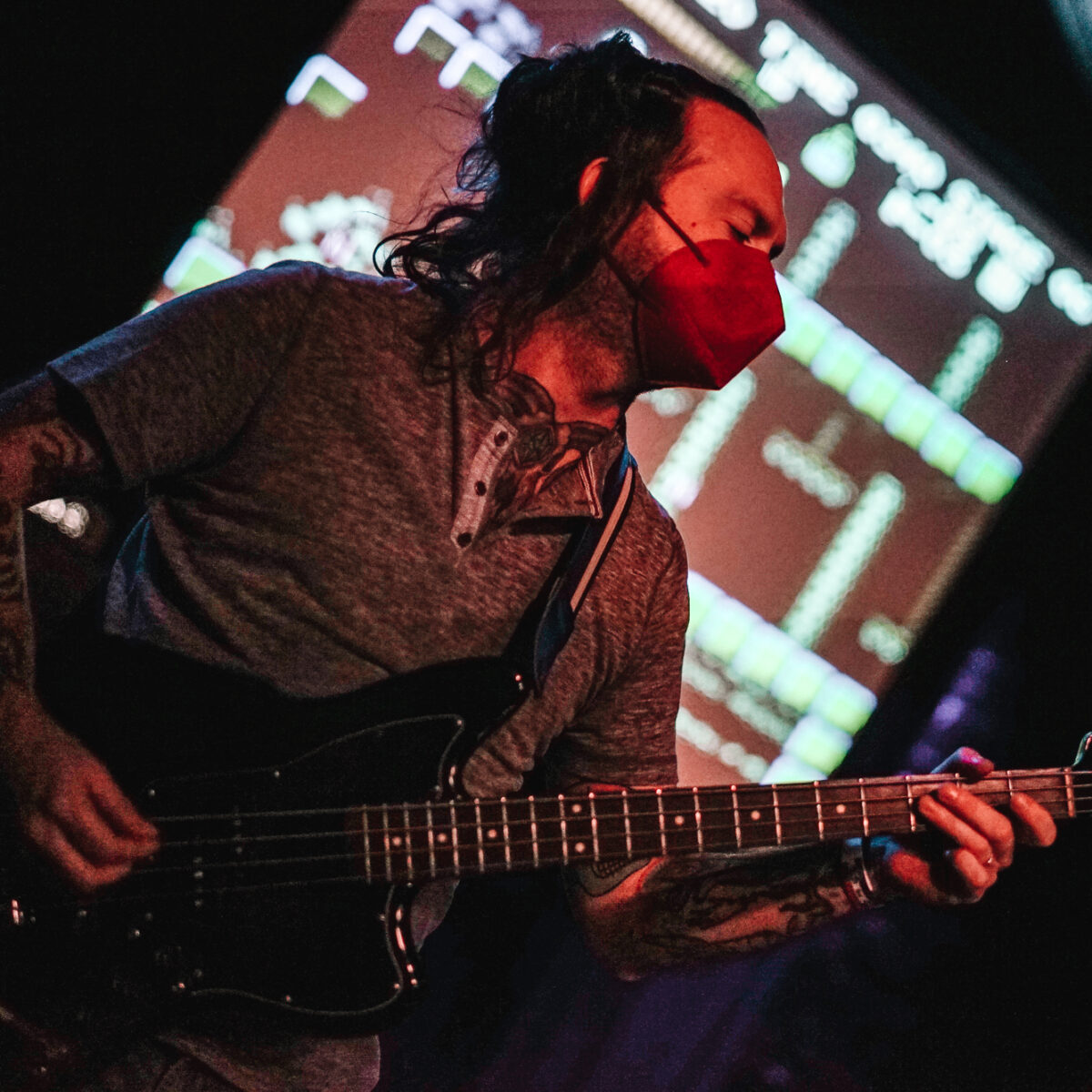 Everyone has a favorite video game soundtrack (yours truly is partial to Katamari Damacy)– some just go harder than others.

It feels like the 8-bit Nintendo games of yesteryear really went hard (Maniac Mansion was a particular frenzied affair). But at the time, artists and composers for those games were dedicated to crafting background music that hardly felt like it belonged in the background at all. Bit Brigade is a band that takes that appreciation to the next level by giving it a home on the live stage.

On Wednesday night, they brought some of those games to life by playing the soundtrack live over the gameplay. Accompanied by a player stationed right in front (we saw his fingers moving around, so we’ll just go ahead and assume he was playing live), they performed metal renditions of Castlevania and Mega Man II. This was such an interesting setup, because the Bottleneck audience (which, for the record, was nerd central on Wednesday night) was watching the gameplay more than the musicians onstage. We all know how these games go, yet we were still watching bated breath. Every time the player defeated a boss, the audience erupted in cheers. Hooray! It’s 1988 again!

Fellow nerd and King of Geeks Kadesh Flow opened the show with songs about anime (his “My Hero Academia” number is a particular favorite among fans), along with comedian Adam Newman.