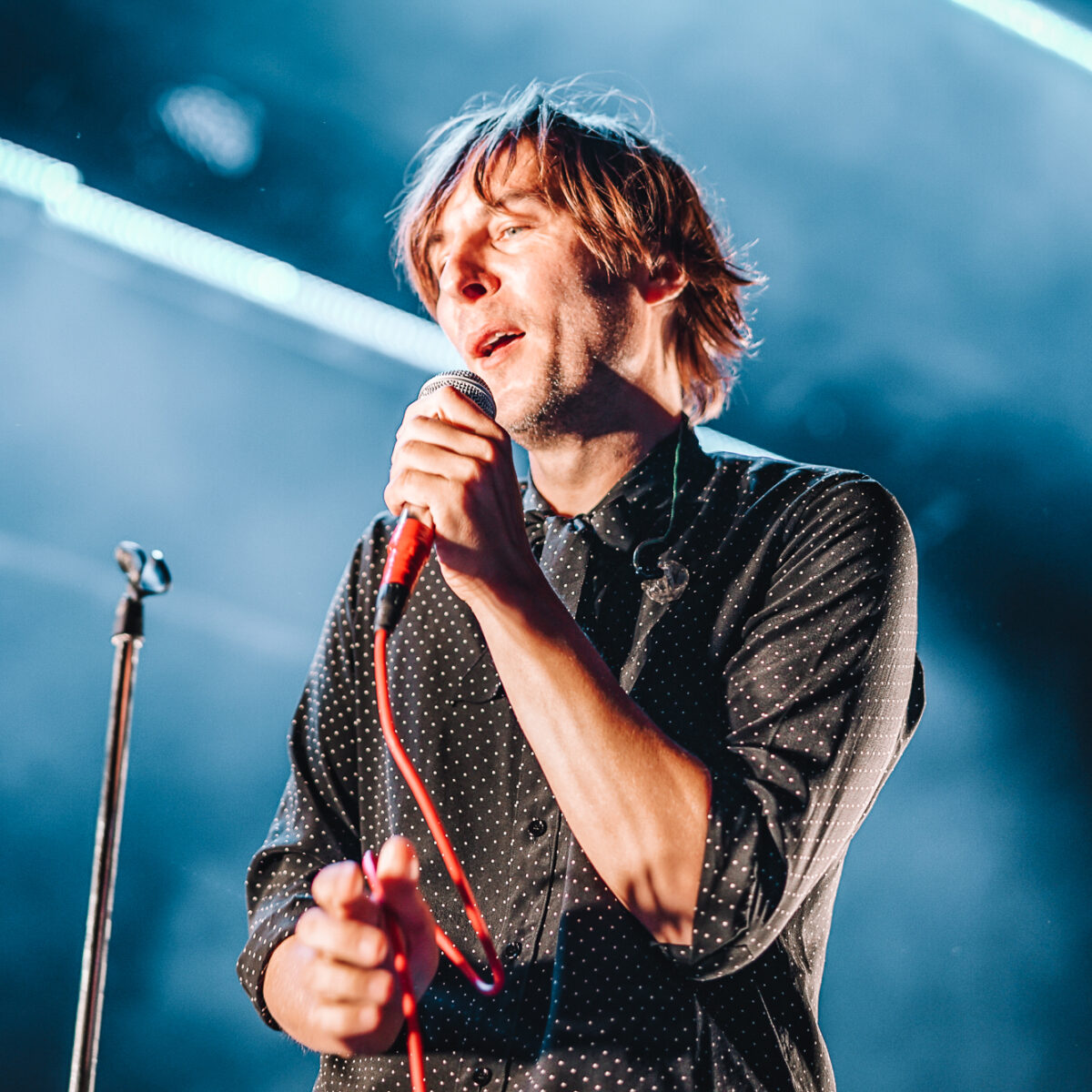 Through all the horrific events of the pandemic, some artists found the strength to seek out opportunities to create something new and unexpected. You can add French rockers Phoenix to that list, as they spent much of the pandemic recording their latest album in a studio built inside the Louvre Palace in Paris.

Alpha Zulu is an album that tackles a wide range of sounds and genres, showing that the band was able to create something new in this unorthodox approach to music (not surprising since they’ve always been the outsiders in the indie rock game). Because they recorded this at the Louvre, they decided to take their audience right inside there with them, thanks to the exquisite stage design that placed fans inside paintings and surreal scenery you can only find within that setting. Three frames surrounding the musicians contained the hyper-realistic projections, inviting the viewer into the isolated atmosphere where they created the masterpiece. It was a feast for the eyes.

Though fear not, fans of Phoenix’s early work. They quite often went full neon explosion in a throwback to their electro-disco roots. A dance party of epic proportions followed these moments for mom and dad’s night off (let’s be honest here, we all know the age of Phoenix fans at this show). The audience, in turn, was one of the most enthusiastic crowds we’ve heard in years. Many moments of applause turned into cheering interludes that were so loud, it was absolutely deafening and demanded their own moments.

The band debuted plenty of tracks from the new album, set to come out in November, including “Tonight” (the album version features a duet with Ezra Koenig), “After Midnight,” and “Winter Solstice.” The encore was exquisite, featuring a baroque moment with a bright blue harpsichord Thomas Mars was happy to remain perched upon. The night, however, ended the same way it began— with old favorites. “Lisztomania” started off the night, and it ended with a rousing version of “1901.”

They came touting openers Porches, another delightful synth-pop act boasting dreamy numbers reminiscent of the Summer, which is easy to love for those who desperately hold onto the final days of the season.