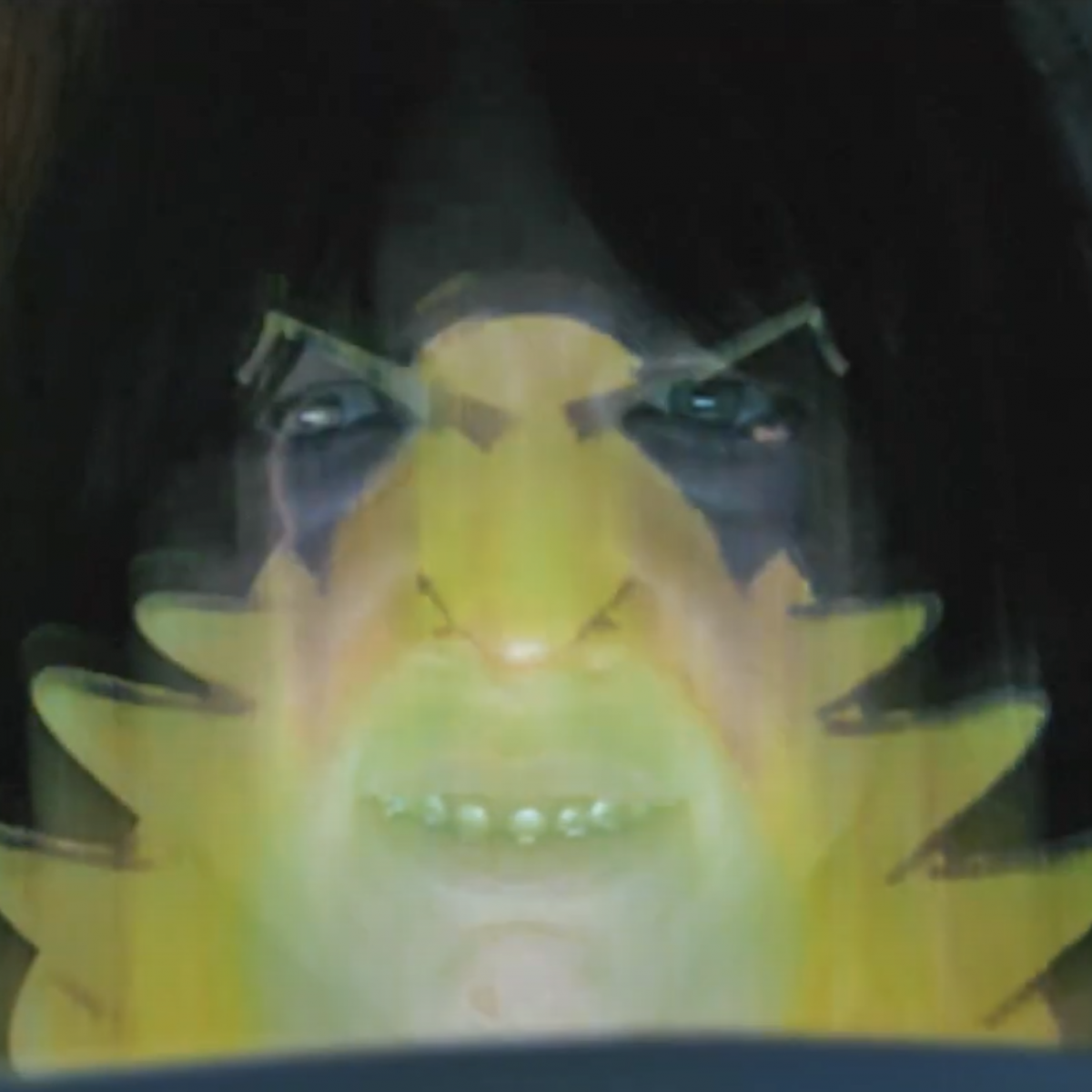 If you like theatrics revolving around dysfunctional families and terrifying children’s shows, The Creepy Jingles have a music video for you.

They just released the stunning (and unsettling) video for “Trojan Horse Girl.” The single comes ahead of the band’s upcoming LP, Take Me at My Wordplay (out March 25). Jocelyn Nixon’s droned-out vocals, along with the band’s raw psychedelic sound, match the distressing imagery as we follow along with a family falling victim for a cartoon idol who becomes a demon. The more attention they give the cartoon, whether it’s positive or negative, the more power it has over them. While we don’t see the band in the video, we do spot some familiar faces in the video (Nan from Schwervon delivers a very convincing stressed out housewife).

While the upcoming LP tackles identity themes, Nixon says “Trojan Horse Girl” is about the disintegration of a relationship. “It speaks on the criticism of character and assumption of intention that comes when someone doesn’t have access to you — a gut reaction of feeling deceived when someone changes and evolves to the point where you no longer recognize them, leaving the observer to question if they ever truly knew someone,” she says. “It’s an outside perspective of someone who can only cast projection onto things that they are no longer involved with or fully understand. Without communication people are left to draw their own conclusions labeling it as only truth or fiction.”

Video artist Jonny Ulasien directed the video (he previously made videos for Ebony Tusks and Pala Zolo). Take Me at My Wordplay comes out March 25 on High Dive Records. You can preorder it here.

Love Language: Musicians, artists, and community to pen a love letter to Lawrence