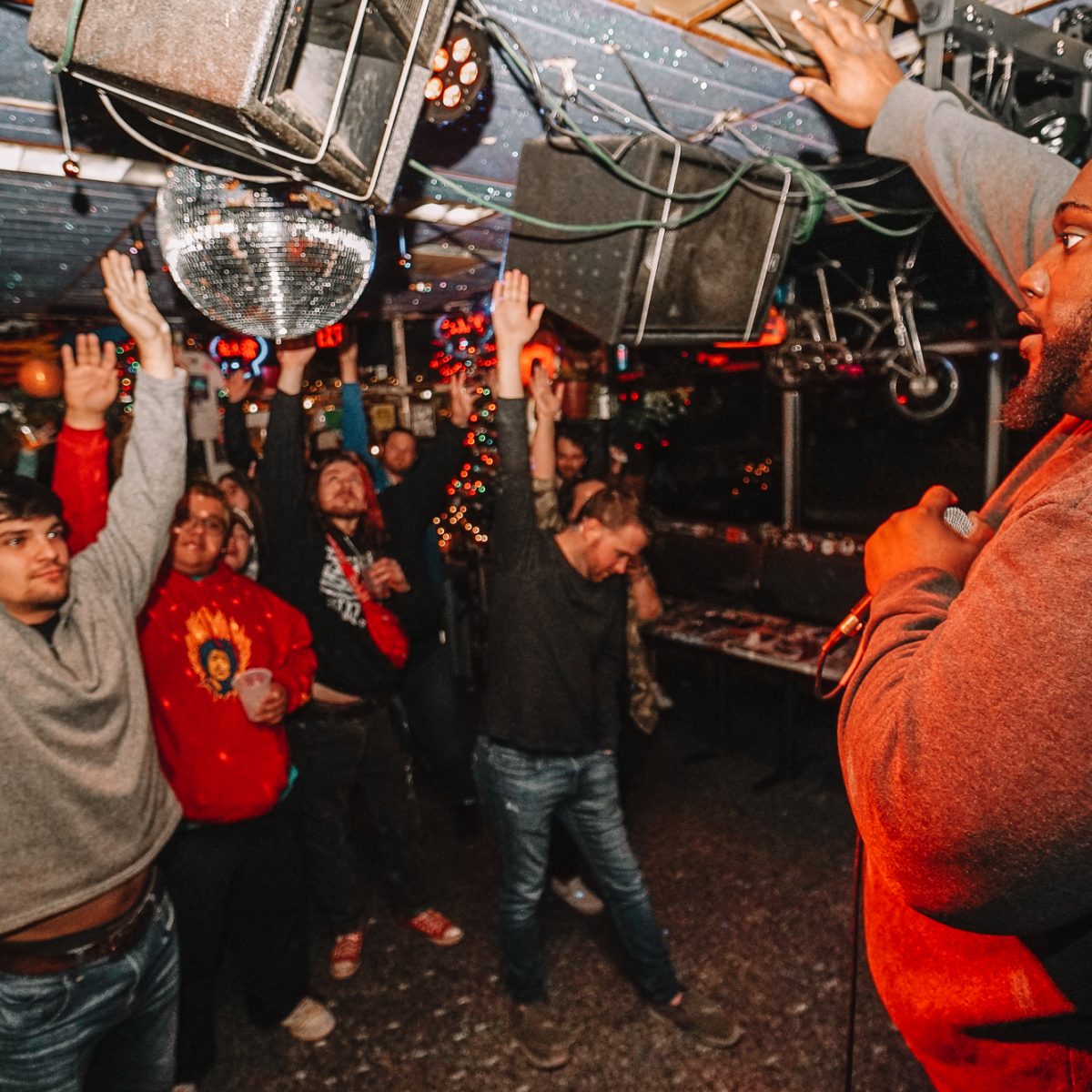 If you didn’t fuck with hip-hop, on Friday night Marcel P. Black made sure you did.

Unless you’re watching an Approach show, it’s rare that we get to see one of those real MCs anymore. But Black’s tour stop at the Replay was a blessing and a lesson… a lesson in listening, in paying attention, and taking notes when an intellectual is talking to you. And like many great teachers, Black knows how to command a room. He whipped that sleepy (and cold) audience into action in absolutely no time at all for this lesson in culture. Guys, he really threw us for a loop. He sat in a booth, still, in deep thought all evening. Then as soon as he got on that stage, he came alive. What a thrill!

If you weren’t the type who is particularly drawn to hip-hop shows, this event changed that. Everything Marcel spits out hits different. He was like the Mary Poppins of underground hip-hop– just as soon as he charged us up and elevated our minds, he was on the road to the next stop. Word is, the Louisiana rapper is now in Oklahoma. So if we’re lucky, we’ll see more of him up this way (please?).

He was joined by some of the best of what Kansas City has to offer in hip-hop, including Kemet Coleman of The Phantastics fame. If you dig the Phantastics, you can celebrate their ten-year anniversary on New Year’s Eve at The Ship (we heard they’re bringing back the original lineup). Kemet’s Brass & Boujee bandmate Kadesh Flow, the ultimate charmer and host for the night, opened the show with a commanding set divided between his expert rapping skills and thrilling trombone solos. Kadesh’s weekly song drops are inspired by anime characters, and we think any anime would be so lucky to have this musical maestro on their soundtrack.