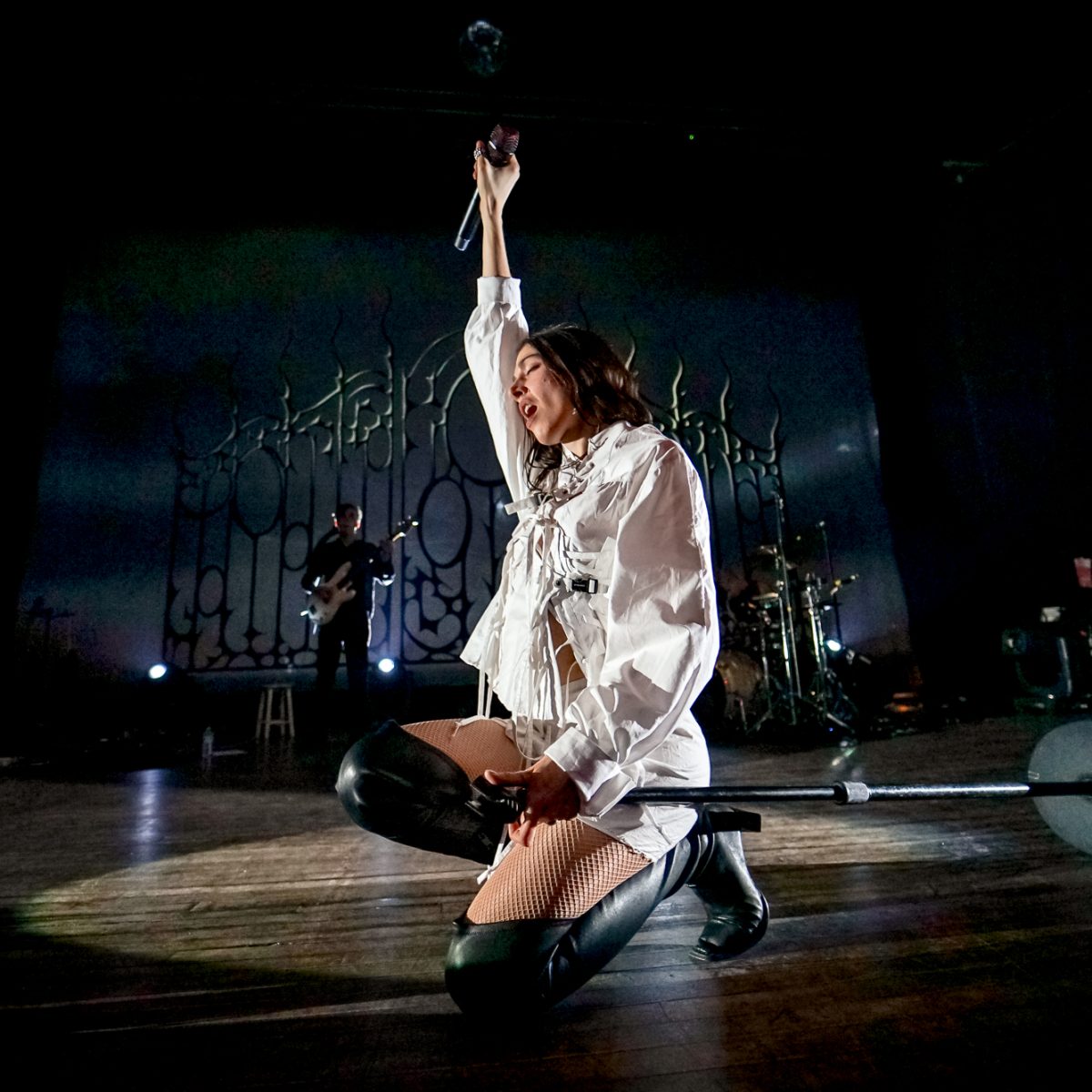 One thing’s for sure, this was definitely the most fashionable show of the year.

On Wednesday night, fans were dressed to the nines for Caroline Polachek’s set at Liberty Hall. She reciprocated the efforts with a visually stunning show that left the audience quite breathless. The songwriter and former half of Chairlift has not released an album since 2019, but her latest singles are wildly popular (90’s kids will recognize her cover of The Corrs’ “Breathless”). But make no mistake, every song, from “So Hot When You’re Hurting My Feelings” to the more recently released “Bunny is a Rider” were cause for celebration.

Emerging in a statuesque manner against a vivid backdrop of projections, Polachek treated the audience to floating, dancing, and elevating. She was delicate, yet tremendous, dropping to the floor in thigh-high boots and then bouncing back up again (she’s gotta have the healthiest knees in the biz for the moves she was popping out). For much of the show, she cast a shadow as big as her stage presence across the muraled walls of Liberty Hall. Every second of that performance was wrapped in an elegance you don’t find in many pop acts these days.

She was joined by France’s Oklou, who was dreamy, synth-savvy, and dressed as fashionable as the audience. We wouldn’t be surprised if some fans in attendance were more, if not equally, stoked to see Oklou. Her rich electronic vibes were heavy on the emotions and instantly memorable (it’s like if Grimes didn’t suck).