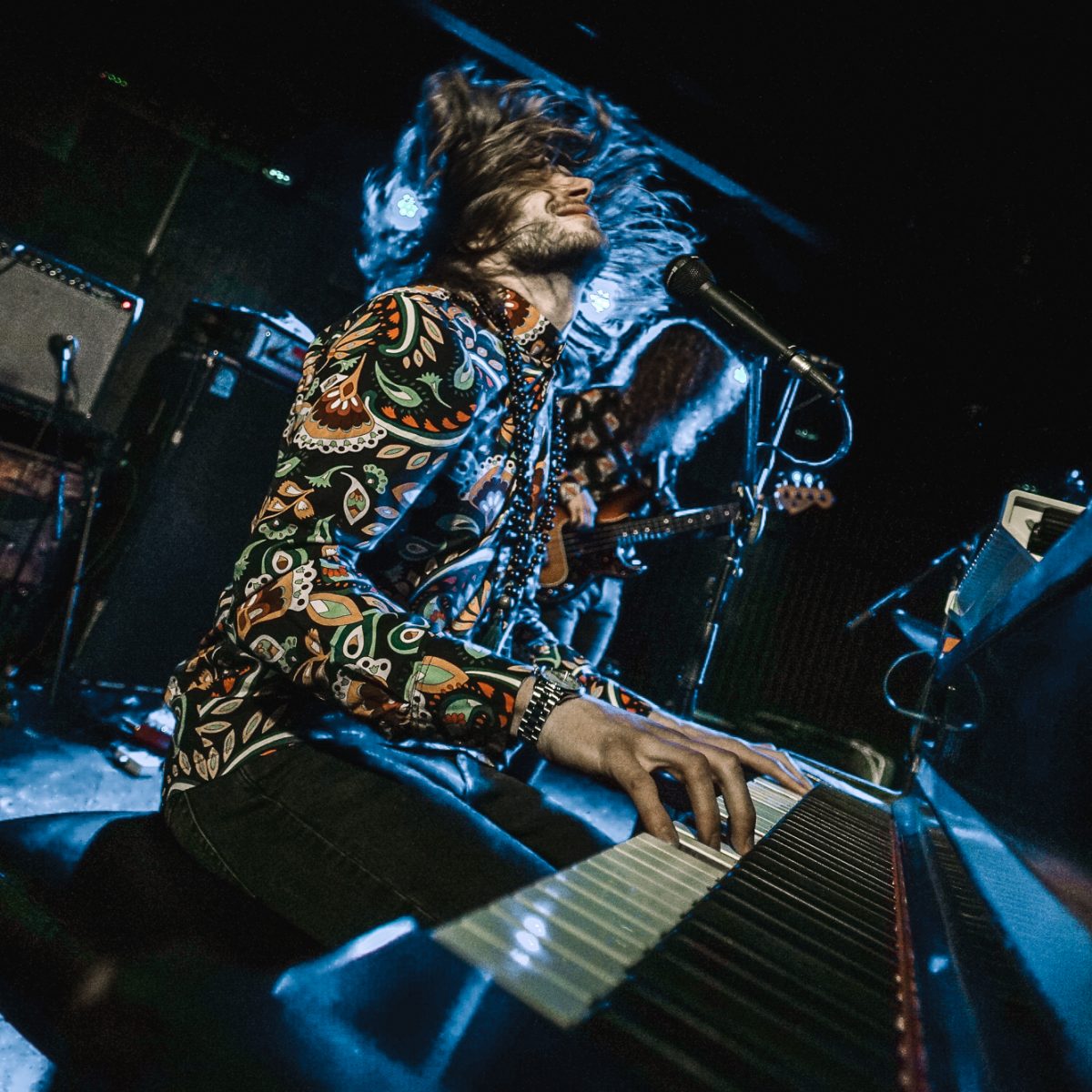 If you’ve been sleeping on Neal Francis, now is the time to wake up. To the untrained eye (and ear), it would be very easy to write this musician off as someone who enjoys reminiscing of retro (and maybe overdid it on a shopping spree at Wild Man Vintage)– but when it comes to nostalgic cool, Neal Francis walks the walk.

Every inch of his art is a dedication to the craft in its purest nostalgic form. We talked with him earlier this week about his artful and mindful approach to utilizing vintage instruments and gear to achieve a very specific sound, and his thrilling show at the Bottleneck on Friday brought that sound to life. This is a music act that definitely feels like something Noel Fielding would be into: fashionable, cool, and from the 70’s. Every inch of that stage was covered in concert gear of rock days past, preserved and now shining in the spotlight. When he wasn’t jumping between his keyboard and his organ (which had what we’re assuming is an organ-sized whammy bar on it??), it was easy to catch glimpses of all the incredible tools he brought along for the ride.

He was joined by The Whips, a funky band with a sound and attitude bigger than the average college bar band can carry. They were instantly likable, and came touting an adorable and excitable fan base (we even met some fans who were there strictly for this opening act, a rarity in this day and age).