The Vintage Virtuoso: Neal Francis is bringing nostalgic cool (and piano rock) to the Bottleneck

The Vintage Virtuoso: Neal Francis is bringing nostalgic cool (and piano rock) to the Bottleneck 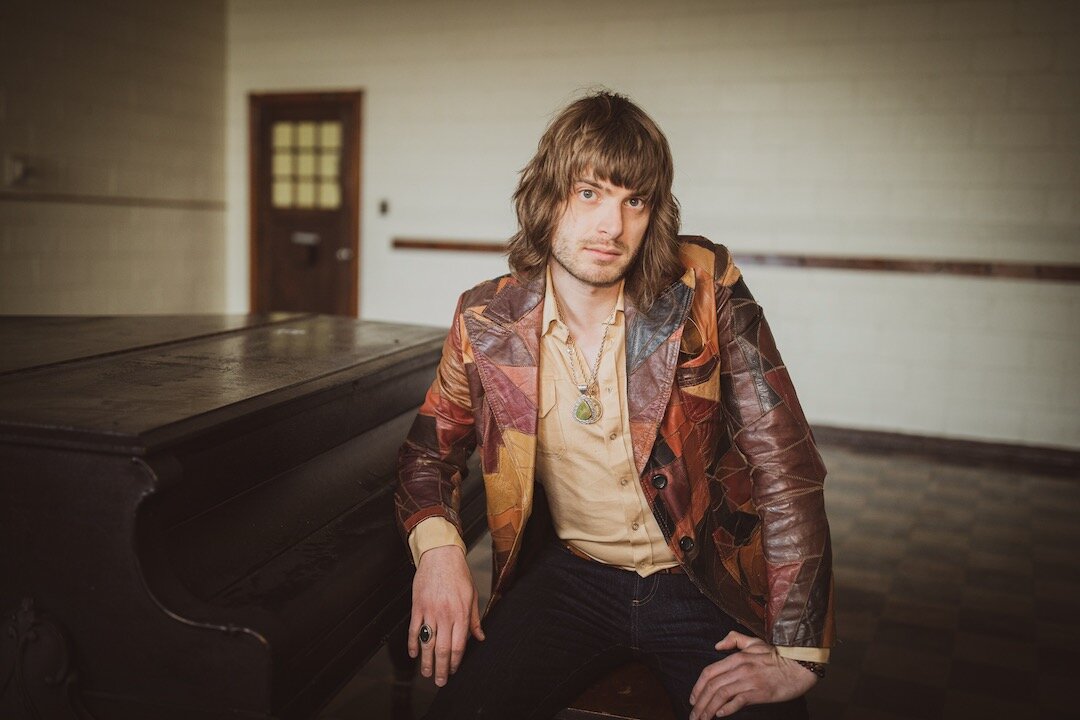 For the most part during the pandemic, musicians had to lay low, sit on their hands, and dream about the next big gig. But Neal Francis had a unique set of circumstances that put him right to work and brought him to his latest album, In Plain Sight. The Chicago-based musician spent the pandemic diving into a vintage recording process unknown to many of today’s hottest musicians, and divided his days between this recording process and living in a Church (providing music for the congregation in exchange for housing). It seems nothing Francis does in his art is conventional, but rather a nod and massive appreciation for vintage methods. You’ll hear that appreciation and discover his flair for live performance and piano rock when he hits the Bottleneck this Friday.

When you think about it, learning that he took the scenic route on his musical journey is a bit of a no-brainer. Francis a walking champion of the classic craft and well-preserved sounds (he even collects LPs of British film library music). In fact, if you cue up In Plain Sight or his previous album, Changes, there’s a reason it transports you back to another era. In Plain Sight was recorded on a 16 track (his previous album was recorded partly on eight-track), with a very deliberate focus on the process. “A lot of The Beatles’ recordings were done on three and four track machines, and they would do what’s called bouncing. They would take three or four tracks from one machine and smush them together on another machine. The limitations of working like that force you to make decisions during the recording process that really impact the sound in a profound way, and I’ve really come to like working that way,” Francis recalls of the eight-track recording process. “We had our eight tracks and it was time to bounce everything into the computer and finish the process digitally, and I was torn about that because that’s how I did my first record and I really loved how it sounds, but I was really hesitant about being forced into a screen for the rest of the recording process instead of using my ears.” Luckily, much to Francis and his bandmates’ delight, a 16-track tape machine became available, and they snatched it up immediately. “We were limited to 16 tracks for the entire recording process. I think it worked to my advantage because it put a real limitation to what we could do with this rather than spending months and months of back tracking, which I’m sure is what I would do, second guessing everything and adding to it.”

The album was essentially written and recorded during Francis’ time living at St. Peter’s UCC. Francis studied the piano from a young age, and offered his music services for the congregation in exchange for housing in what were normally quarters reserved for the pastor. What unfolded during his time at the church was a blessing to the creative process. Because while the pandemic kept most musicians from the stage, Francis now had an outlet. “It was such a huge gift, not only to be provided with a roof over my head— but especially when the pandemic hit, the bottom dropped out from the industry. My sole means of making money besides church gigs was gone. So it was so, so huge to have that sort of leg up and also have that provided for me,” he confides. He now lives in the security of an apartment, prepping for shows on the road, but has grown from his time living in a church, concentrated to music. “What I mainly got out of the sanctuary space was the ability to practice on all the instruments throughout the building. There were many pianos, and there was a pipe organ. I tried to approach learning that in a disciplined way, which was great because it all sort of worked to make me a much better musician.”

You wouldn’t think the average rock-and-roll lifestyle of a musician would include living in a church and recording on salvaged vintage equipment, but Francis is no ordinary musician. He’s even left his days with the bottle behind (something that’s becoming a bit of a trend for musicians after the solitary confinement of the pandemic), and sticks to his routines to keep remain focused. “I’m always fighting my urge to distract myself from working, I really haven’t had a lot of discipline in my life,” he says. “The one time I really feel like I’m firing on all cylinders is when I’m on tour because it’s so regimented. There’s really clear times where there’s certain tasks to be done and I get in a great rhythm.” He sympathizes with musicians looking towards a sober path in the live music industry, and notes how sticking to his routine helps him when he’s “fighting my own disfunction” every day. “I’d say the most important thing for me was getting sober first and foremost… then I had to spend years realizing that within that I need a routine of some sort, or I’m like setting myself up for a successful day. For example, one of the small things that my drummer always mentions that he noticed I did during the pandemic is that I would put on clothes that I might wear to a show or to a radio thing… a shirt and a belt and shoes, and that helps me feel like I was going to work.”

Francis is suiting up and heading to work when he plays the Bottleneck on Friday, touring on In Plain Sight. The pandemic has made show attendance a little iffy, and he notices audiences coming in waves on the “rollercoaster” that is live music in its current state. He knows there are things he can’t change, but he’s adamant on leaving it all onstage (you’ll notice him achieving this task in fine form at his live shows). “It’s really the only thing I can do, or want to do, really. I’ve done all sorts of things with my life, and this is the thing that brings me the most fulfillment,” he says. “It’s still sort of a shock to me that people show up. I’ve played as a side man, and been in bands for such a long time, that wasn’t the same sort of fulfillment. I keep playing this music that’s mine, and in the studio there’s an opportunity to explore that craft as well. That’s fascinating to me.”

Neal Francis plays the Bottleneck on Friday, December 3rd, with The Whips.