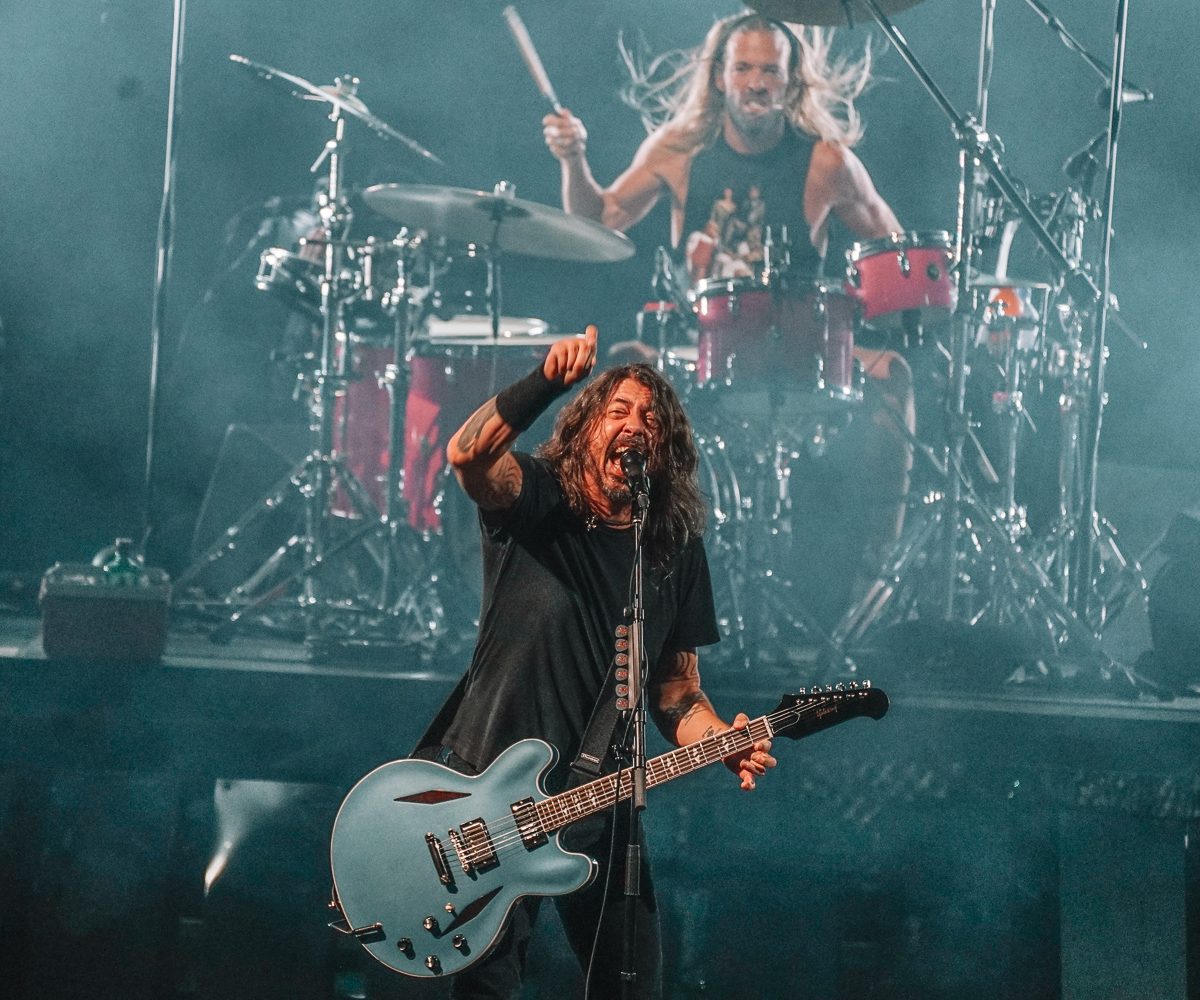 If Azura Amphitheater had a roof, Foo Fighters would have blown it right off. There’s a reason why the longstanding rock band keeps drawing their fans back to their shows over and over again. When it comes to playing rock and roll live, they check all the boxes.

Thursday night’s set at Azura was perfectly constructed, from start to finish. When you have a massive discography like Foo Fighters do, it’s hard to imagine how it can be represented in just one set. Even Dave Grohl joked “We have a thousand fucking songs, ok?” But they managed to pull tracks from every part of their career, and still have time for witty banter, a couple of covers, and guest appearances.

There was something for everyone: metal, punk, anthems, singalongs, and even disco (their BeeGees cover was used as an opportunity for the band to take part in one of their favorite pastimes: trolling the Westboro Baptist Church). They brought new elements to old favorites– a piano solo on “My Hero,” a powerhouse quartet of vocals to “Shame Shame,”– and even dove into some more ambitious moments. Grohl swapped places with Taylor Hawkins for a cover of Queen’s “Somebody to Love,” his daughter Violet got on the mic for a cover of X’s Nausea (fun fact: both Dave and Violet chew gum while they sing), and towards the end of their set a fan was plucked from the audience to shred all the guitar parts on “Monkey Wrench.”

One of the more memorable moments of the night came when they celebrated guitarist Pat Smear’s birthday. The band surprised him with a slideshow of photos of Smear in both Foo Fighters and Nirvana, and even a clip of an appearance he made in Prince’s music video for “Raspberry Beret” (look it up, it’s true).

Smear wasn’t the only one celebrating a birthday on this night. Solomon Radke, the drummer and youngest member of the brothers in openers Radkey, was also celebrating his big day. We know the local guys in Radkey have had just an incredible, globe-trotting, rock and roll career, but watching them open for Foo Fighters left us locals a little sentimental. They’ve long been fans of Foo Fighters, and during the pandemic were asked to appear in Grohl’s documentary “What Drives Us.” The film gives us an intimate look at the business of touring, interviews a number of famous faces, and specifically follows two “lesser known” bands (one of them being Radkey). They went from sharing the screen to sharing the stage, an expert pairing in rock and roll if we ever saw one (Grohl knows how to pick ’em).

It’s wild to see the band that normally plays two Bottleneck shows every year in Lawrence so furiously shred through a set with their musical heroes at one of the biggest venues in the state… but we’re not surprised. They absolutely destroyed, and spread their explosive energy across every corner of that stage. So, when bassist Isaiah enthusiastically declared “We were born to ROCK!” at the beginning of the night, we didn’t doubt it for one minute.

Photos from the show below.